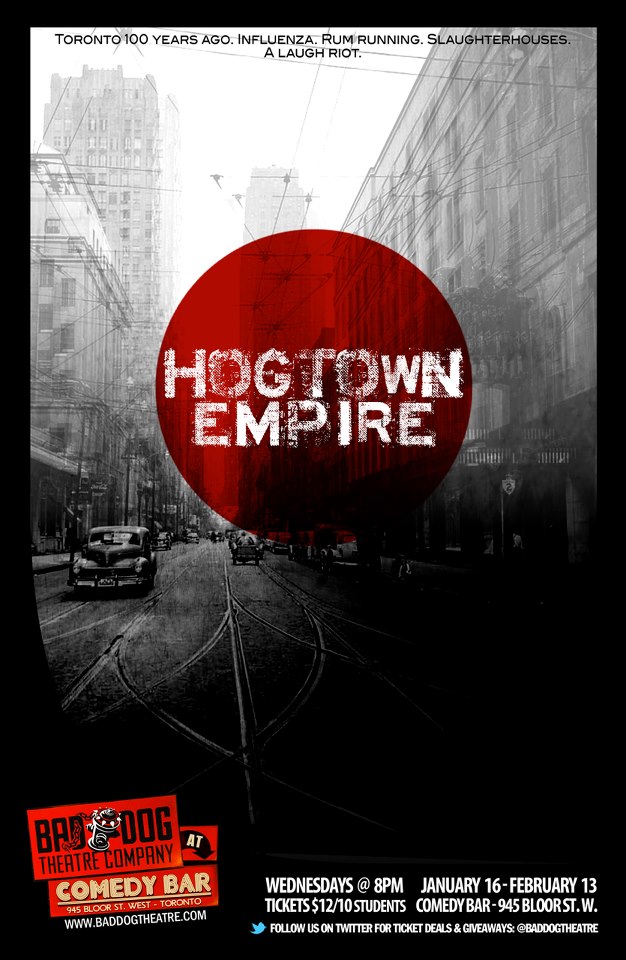 “You don’t have to be a history buff to get into Bad Dog’s newest and most scandalous comedy: Hogtown Empire. Director Peter Stevens has selected an alluring and savvy cast of Toronto’s quickest comedic performers to take you back to our city’s dark days of origin. For a serialized run of 5 Wednesdays starting on January 16th, let Stevens immerse you in a darkly funny account of a time where heating your home was illegal on Mondays, children drove cars that were basically bombs on wheels, and the centre of our fair city was occupied by slums.

Starring Mark Little, Kayla Lorette, Dan Beirne, Lindsay Mullan, Darryn MacIntyre, Alex Tindal and many more, Hogtown Empire promises to be a show that no Torontophile – or really anyone who’s ever spent time in this “fair” city – should miss.”