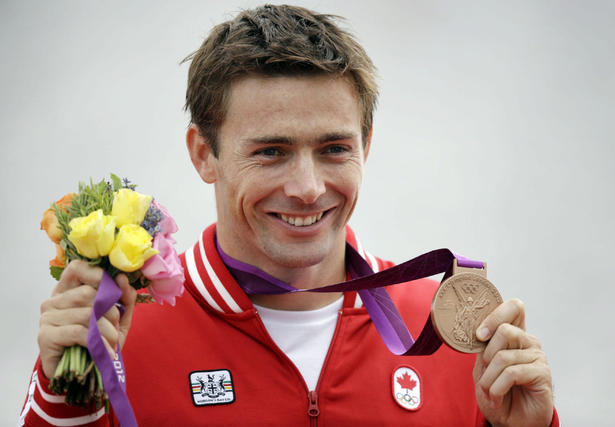 Olympian Of The Day: Mark Oldershaw

At this point it’s not really notable to say “Canada won a bronze medal!”. We’ve won lots of bronze medals this olympics (10 so far out of 16 total with 5 silver and 1 gold). But Mark Oldershaw is a third generation Olympian trained at a small local canoe club by his dad, which is a story worth telling.  He’s struggled with chronic pain and had multiple surgeries following the discovery of a tumor on his hand that threatened his Olympic career. He competes in a famously grueling event, the 1000m Canoe Singles, one of the few Summer Olympic events that feels specifically Canadian. He’s also a great sport, a nice guy and one of the best spoken/most charismatic guys on the generally well spoken and charismatic Canadian Olympic team.

Because he won the bronze medal on Wednesday with a time of 3:48, because he comes from a family that’s sent 4 members to the Olympics since 1948, because he’s generally fantastic, 29-year-old Mark Oldershaw from Burlington, ON is our Olympian of the Day.

*Honorary Mention goes to Canadian teammate and the other competitor under the tutelage of Oldershaw’s former-Olympian father: Adam van Koeverden who won silver in the 1000m kayak (his 4th Olympic medal)