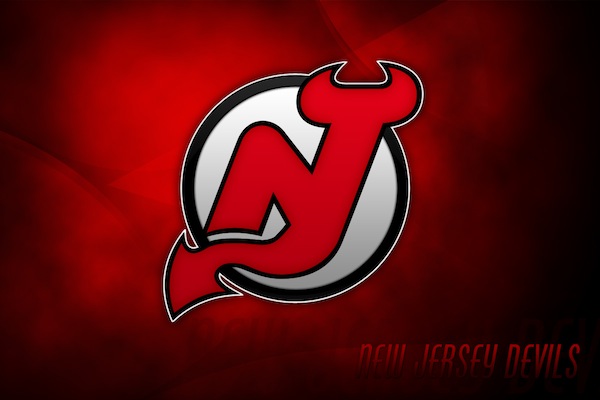 Diary of a Heartbroken Hockey Fan

Ugh. My boys! Still I am filled with heartbreak.

This has been hard to write (I mean, I know it’s just a game, and don’t worry, I’m not one of those crazy people who flips cars/goes berserk over the outcome of a sports game, but … I’m kind of not kidding? Let’s put it this way—I’ve procrastinated even more than usual on this article due to emotional band-aid-ripping feelings).

Sometimes I pretend to be Russian when I talk about hockey.

…I have no other way to explain myself.

Okay. So… that hurt. The cup was so close! We nearly had it! We (and by “we” I mean, my boys, The Devils. You know, the ones who did the actual skating/hockey-playing) kept fighting and fighting and fighting and then we went to LA and IT WAS LIKE WATCHING A SPECIAL STANLEY CUP-FLAVORED EPISODE OF THE TWILIGHT ZONE!!!! Bizarre and Terrible things continued to happen as The Devils’ collective mental fortitude dribbled out onto the ice like something liquid and indicative of BROKEN DREAMS. It was … tough to watch. It wasn’t even a good game of hockey (shamefully high-scoring and whatnot). It was just full of WHAT IS EVEN HAPPENING RIGHT NOW?! HOW IS THIS REAL?!

I sincerely thought I was over this. … I am not. I apologize for my miscalculation.

Anyway…that last game. It was ugly. And yet, my love persists.

Well…I’m not a super sports person. I’m only into one sport (hockey), and that’s almost entirely because of my dad. My dad is my hero. He’s just the best. I’m sure I’ve said it before, and I’m bound to say it again, but it’s true, so deal with it. He used to play hockey in high school (he was a goalie. It’s a pretty significant/symbolic character detail. Just saying), and he passed his love of the game onto my siblings and I. And the thing is, even though I love hockey, I’m not an indiscriminate fan. For me, it’s about the game, but more than that, it’s about my team—The New Jersey Devils.

What with dad having been a goalie, we have mega respect for goalies in my house. And for that, Marty’s the best (slowing down, they say, needs to retire, they say. I say, show me anyone who can beat his records. Show me anyone who can make some of his incredible saves. Then see if you can find a single other guy who can do the splits in full pads at the age of 40. Yeah. That’s what I thought), and the team has embraced that, and rallied around him. He’s our spirit animal. Anyway, as much as you can rationalize things like fanaticism, that’s a big part of why I love The Devils. They’ve also got a history of commitment—of having players who play their whole careers with my boys (like, Marty, and Danyeko—both awesome). I grew up watching them and cheering for them. Anyway, whatever the reasons (other than, I dunno, I do), I love The Devils. They’re my boys.

Which is kind of tragic, since we just got slammed with some more bad news (other than, you know, Lord Stanley’s cup going to the other guys). On July 4th, Parise—an awesome goal-scorer, the team’s Captain, and the cute one that all the Snookalikes buy merch for (this is Dirty Jersey, remember?)—officially signed a bajillion-fo-fillion dollar contract* with The Minnesota Wild.

…Ugh. I mean, he wanted to play on the same team as Suter (they coordinated matching contracts. Which, is… I guess the pro-athlete version of coordinating outfits with your bff or making matching friendship bracelets… but way more expensive), and people are saying that Parise wanted to play in the place where he grew up, and where his dad used to Captain the Minnesota North Stars (he’s going to wear number 11 there—the same number his dad wore).  So basically, this means that I can’t even be properly mad at him (because sentimental dad hero-worship things are things I Understand). And moving specifically to play with people you want on your team is another admirable-ish reason to move (I mean compared to things like mo’ money. Which… is pretty much the other option)**. But of course, I am still heartbroken, because I really like to pretend that the team camaraderie thing is real and not just a necessary byproduct of huge business deals for mega millions. The Devils, particularly, have a history of keeping players long-term, so sometimes I delude myself into thinking that people other than Dano and Marty stick for the sake of loyalty and other uber-idealistic reasons.

And yet, hope springs eternal. They’re my team. I will root for them (and yell mean things at wrong/unfair linesmen for them, mutter Henry V inspirational speeches for them, throw hotdogs for them), and generally pin my hopes on them. Regardless of the odds, I will cheer for them. Although, let’s be real—they just won The 2012 Eastern Conference Finals, have a great history of Cup success, and are generally awesome. It’s not like the odds are bad. On top of all that/tangled up in that, we’ve re-signed Marty for two more years, we have Kovy, and we’ve got Henrique, who fills my heart with joy and hope (man, the new kid made some great OT goals this playoff season. Also, awesome regulation time goals).

If nothing else, next season will bring another cycle of nail biting, emotionally trying, and, hopefully, well-played hockey.

And you know I’ll be there, rooting for my boys.

*Actually just $98million. BUT LIKE, FOR REAL. GOOD LORD. What do you even do with all of that? Buy your own island? I would, but that’s just me.

**This is me assuming the best of Parise. I don’t actually know him, though, so perhaps this is all elaborate fakery and he’s just twirling his invisible mustache going “MWAHAHAHAHA HA! LOOK AT MY LUDICRIOUS MONEY AND MY SHINY NEW ISLAND!”  This seems unlikely to me, but hey, you never know.