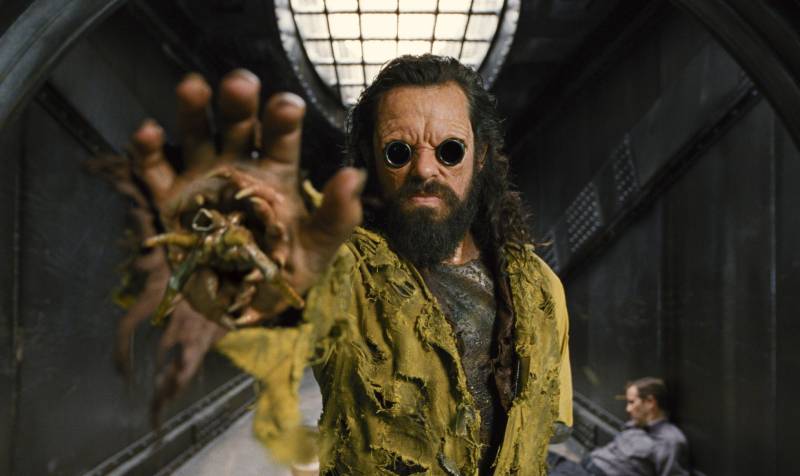 We have learned over the years that there are good sequels, and very bad sequels. Men in Black was a great movie, but MIB2 was a royal stinker. I’m pleased to report that MIB3 is the sequel that makes up for the second film. It’s so good that, when I saw it, the audience applauded as the credits rolled.

I’ve seen audiences applaud movies before, but for a summer popcorn film? That’s how superior this sequel is compared to its predecessor. With a better storyline, some great character development and action that really impresses, Men in Black 3 is possibly one of the best movies of the summer, building on what has already been an impressive start to the summer. [Ed. Note- between 21 Jump Street, The Hunger Games, Cabin in the Woods and The Avengers,  Spring 2012 was the best “Summer Movie Season” in years]

The biggest change coming off the royal stinker of the last sequel is MIB3‘s plot. This film not only has one, but a very good one that kept my attention from start to finish. Will Smith is his usual charming self as Agent J, but this time we are treated to two versions of Agent K. First there is the older and wiser present day K played by Tommy Lee Jones and then the younger back-in-time 29-year-old version of K (played wonderfully by Josh Brolin, right down to the voice which is so good people swore they used Jones to dub it). Emma Thompson makes a good showing as the new supervisor of the MIB division, replacing Z who was mentioned in the movie (I did miss Rip Torn, but Emma was cool). Overall casting made a huge difference, including the villain, played Jemaine Clement (Flight of the Concords).

Without spoiling too much, time travel plays a major role in this sequel, which is a staple in the sci-fi genre. I was concerned that this storyline would interfere with the other elements of the film, but the plot is so well written that everything ties together rather nicely, and we learn a great deal more about Agents J and K than we ever imagined we would in MIB. While 3D adds a tiny bit to some effects and a little depth to other scenes, it really doesn’t make a difference to the point where you feel the need to shell out some extra dollars. Unlike in the previous sequel, the action scenes aren’t trying too hard, but rather they’re  good, well paced and work well with the storyline in question.

So far the first two blockbusters of the summer have been high quality action movies, better than the average blow’em up kind of movie. This film is smart, sincere and brings the fun back that we saw in the original film. When it comes to sequels, MIB has a 1-1 record, but I’m not eager to see how the tiebreaker goes. I had a lot of fun watching this movie, and if you’re a fan of the other two (especially the first) then you will really enjoy this sequel, which, unlike the first sequel, is a resounding success.