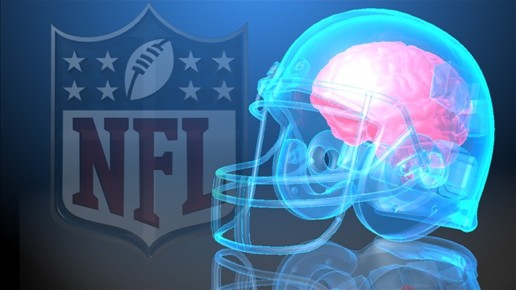 There is a large court battle brewing between the NFL and its players. Usually when you hear something like this, one would assume it’s another possible labour stoppage over money and revenue. Not this time people, this one is a massive civil suit being filed against the league by players who are suffering from brain issues caused by getting hit too many times in the head. A massive class action lawsuit is being filed against the National Football League, by hundreds, and possibly thousands of former players. It’s not looking good for the league. The players are claiming that the NFL was aware of a link between football-related head traumas and permanent brain damage but chose to withhold those findings from the public and especially its players. That’s a very serious allegation, and if proven in court could cost the NFL millions, possibly billions of dollars in damages. This is a matter the league can’t make go away overnight with a quick settlement, this could very well change the game itself and the way its played forever.

The master complaint was filed in Philadelphia and it’s clear that those who are a part of this class action are hoping the NFL will be made accountable for the medical treatment of thousands of former players who are suffering from dementia and other similar head disorders. They are also looking for damages and compensation for pain and suffering, something that the NFL seems prepared to challenge. In several states, worker’s compensation is the exclusive remedy for work injuries. That’s right, the NFL is actually going to walk into court and state that every single brain injury incurred by their players (who are their paid employees) is not eligible for damages because by law employees are not allowed to sue their employers for pain and suffering damages. If the NFL can actually pull this off, it will basically cut this lawsuit off at the knees, so it doesn’t take a rocket scientist to conclude that the players and their lawyers will challenge this law and ask for an exception. The smoking gun being that the league knew about the potential for injuries but chose to keep that intel to themselves.

Regardless of what happens, this case is going to sour what little good standing there is between the players and the owners for quite a while. The fact that the NFL is looking for loopholes to avoid paying out any kind of damages no doubt will upset the plaintiffs as well as other, currnt, players a great deal. This case is only going to get a lot uglier the closer it gets to a class room and then once in front of a judge, that’s when it’s all going to hit the fan. The fallout from this case is bound to have an enormous impact on the game and how it’s played in future seasons.

Despite the claims that are being made by this lawsuit, the NFL has already made efforts in seasons past to reduce head injuries and protect their players. Helmet-on-helmet contact is not allowed, which not only results in an instant penalty but a suspension from the league after the game, depending on how severe the contact was. So to claim that the league has not done anything to reduce head trauma would be incorrect as measures have been made to at least reduce it. However it would be impossible to reduce it completely since it is a contact sport. In some way, the players have to assume some responsibility for what they are doing on the field.

No one can state that the players are without fault in this matter. Everyone walks on the field well aware that the game is dangerous, and one can argue that some form of assumed responsibility was made by the players when they agreed to play a game that was and always has been considered dangerous because of its constant physical contact.  While I am sure the players will assume some responsibility, they will attempt to claim that they were not aware of the dangers of dementia and that they never signed up for that kind of illness later, after their playing days were over. Sure, there was always the chance of broken bones but no one really thought they would lose their marbles because they wore helmets and other protective gear. Unfortunately the gear doesn’t stop this kind of brain trauma as our fragile melons bumps against each side of the skull with every hit, causing damage with even the smallest of taps. The only true way to prevent this kind of brain damage from occurring would be to remove contact from the sport and I doubt that will go over well with the league or their sponsors.

It will also be interesting to see if there is something about this in the fine print of all those massive million dollar contracts the league had been generously giving out to their players for the past few decades, something that outlines assumed responsibility. If the owners were aware of the possible brain damage that could be caused, one would think they would have been smart enough to include some language into contracts offered to players that would cover their legal ass should someone every try to take them to court like what’s going on right now. Even if this defence works for the NFL, the suits will then turn to other levels of the sport which are not protected by employee laws and contracts, such as college level football. Trust me, that suit is next.

When it’s all said and done, the NFL isn’t going to change. It will always be a contact sport because that’s what the fans like and pay hand-over-fist to watch. If athletes want to keep making millions of dollars a year to play a game, they will have to assume responsibly for their own health or go back to school to do something else with their life. Football players of the future are going to have to assume the same risk boxers do when the step into the ring. They are aware of the dangers that could occur from all those shots to the head, but if you want to be a boxer or a football player, you have to realize there are risks when trying to be a career athlete. If that risk is too much for you, there’s other sports you could and probably should consider doing instead.

And to parents who have children a few years away from high school, this is a very serious issue. I can’t speak for everyone else, but I will not be consenting to any of my boys playing football in school. Considering all the lawsuits that are flying around, chances are schools are going to ask for a parent’s John Hancock before ever letting a single player take to the field. They won’t be getting mine anytime soon, and I hope many more parents take a similar stand to protect their children from what I can see is a unnecessary risk to their heath. While I can understand everyone’s love of the sport, the people out there who are getting their melons shaken, they’re someone’s son, husband, brother and in the end families are suffering because of the risk. You know someone will eventually call for a ban on the sport to save our children from considerable brain damage, but Right now the NFL is more concerned with keeping the game going rather than looking out for the long term safety of our children, and that is one reason why I hope the league loses this lawsuit.