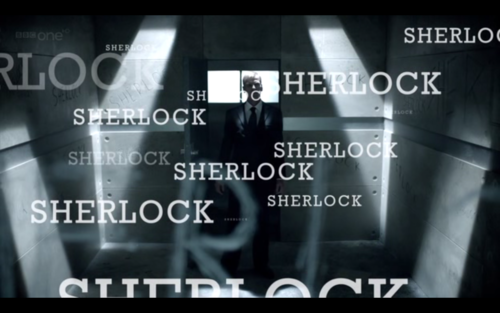 “The Hound of the Baskervilles”

It’s time for another recap for the latest installment of Sherlock. This week, Sherlock and John investigate ‘The Hound of the Baskervilles’, based on one of Conan Doyle’s more famous Sherlock stories. This is a brief recap, so there are spoilers!

Back at 221B Baker Street, Sherlock is going through cigarette withdrawals, making him extra catty. He is bored out of his mind. The only case he has waiting for him is that of a missing, glowing rabbit named Bluebell – not exactly the mental distraction he craves. Then Henry shows up. He explains that when he was a little boy, he saw a dog kill his dad. Sherlock is skeptical, but Henry insists a hound killed his father, and he thinks it’s back. Sherlock does a 180, and says he will take the case.

Sherlock and John arrive at Dartmoor and admire the scenery- the lovely moor, and Baskerville, the super top secret government lab that allegedly conducts genetic experiments, and is surrounded by minefields. Meanwhile, Henry talks to his therapist, Dr. Mortimer. He keeps remembering words “Liberty’ and ‘in’. Henry wonders if they have any significance.

John and Sherlock go to a vegetarian restaurant/inn. John notices a receipt for meat, which he pockets. While John chats to the innkeeper, Sherlock talks to a local tour guide. The guide insists he has seen the hound, and even shows Sherlock a giant dog print to prove it.

The Baker Street boys decide to investigate Baskerville. They get inside courtesy of a badge Sherlock swiped from Mycroft, and get a tour of the base. They don’t get far before their cover is blown. Major Barrymore, the guy in charge is not pleased. Dr. Franklin, one of the Baskerville scientists, covers for John and Sherlock. Dr. Franklin explains he knew Henry and his dad. He says if they need help, give him a call.

John and Sherlock meet with Henry at his house to make coffee and a plan. Sherlock decides they should seek out the hound, and confront it head on. That night, they do exactly that, only John wanders off.  He sees a flashing light, and interprets the flashes as Morse code reading “U.M.Q.R.A”. Meanwhile, Sherlock and Henry go to the spot where it all began- Dewar’s Hollow. Henry sees the hound again and freaks. Sherlock insists he didn’t see anything.

The next morning, Sherlock goes to Henry’s house. He steals some sugar, and asks Henry why Henry used the word ‘hound’ earlier. The use of the archaic term caught his interest, and is why he took the case in the first place. Sherlock then finds John, and gives the closest to an apology as Sherlock can make. Sherlock then realizes that ‘hound’ does not refer to a canine, but is an acronym- H.O.U.N.D.

Sherlock and John go back to the inn, where they bump into Lestrade, who claims he is there on holiday. Sherlock figures Mycroft sent Lestrade to keep an eye on them after Mycroft realized they broke into Baskerville. John suggests that since Lestrade is there, they may as well use him. Lestrade grills the innkeepers about the meat receipts for their vegetarian restaurant. They admit they got a dog to boost tourism after word of the hound got out. They say the dog is now dead. Sherlock makes John a cup of coffee, but John says Sherlock can stop apologizing for yelling at him the night before.

After hearing there was really a dog, Sherlock and John decide to go back to Baskervilles. Sherlock calls in a favor from Mycroft. (Sometimes having your big brother be a high up in the British government has perks). John wanders around the lab, and is locked in, alone. He hears a growling sound, and hides, absolutely terrified. Sherlock arrives, and tells John that they have all been drugged.

Sherlock tests the sugar he stole from Henry’s house for drugs. He theorizes that he and Henry both saw the hound after drinking coffee with the sugar. And John saw the hound after drinking the coffee Sherlock gave him, made with sugar from Henry’s house. The sugar tests negative for any drugs. Sherlock demands to be left alone, and retreats to his ‘mind palace’.

He realizes ‘liberty’, ‘in’, and ‘hound’ refer to H.O.U.N.D- a CIA experiment that took place in Liberty, Indiana. It was an attempt to create a weapon that created terror in the subjects. The project was discontinued after subjects showed extreme aggression. Sherlock looks at a photograph of the original team, and sees a much younger Dr. Franklin in the photo.

Meanwhile, Henry is quickly going insane. After shooting at Dr. Mortimer, he flees to Dewar’s Hollow. He is about to commit suicide when Sherlock and John arrive, stopping him. Sherlock explains that Dr. Franklin attacked Henry’s dad all those years ago. Henry saw Dr. Franklin’s t-shirt, which featured a picture of a snarling dog, and the words, “H.O.U.N.D”, “Liberty, IN”. Young Henry created a monster dog in his head to rationalize the incident. As Henry got older, he started to remember the truth. Dr. Franklin wanted to discredit Henry, and drive him insane to protect himself.

Lestrade arrives. All the men present see the hound. John doesn’t understand, since Lestrade did not have any of the drugged sugar. Dr. Franklin shows up, and Sherlock rips a gas mask off Dr. Franklin’s face. He realizes the drug is a gas, and is hidden in the fog. The hound comes back, and they shoot it. It turns out to be the innkeepers’ dog. Not  hound, but an ordinary dog.

While they are distracted by the dog, Dr. Franklin makes his escape. He runs away- right into the minefield surrounding Baskerville. Sherlock and co. chase after him, but not before Dr. Franklin is blown up.

The next day, John guesses that when he was in the lab, Sherlock was the one who locked him in. Sherlock admits this, and says he was conducting an experiment. John points out Sherlock was wrong about the sugar being drugged-John had been drugged by gas coming from leaky pipes. Sherlock reluctantly admits he was wrong, and says it won’t happen again.

It was great seeing John pull rank as a Captain at Baskerville. Sometimes it’s easy to forget John is a military man, so it’s nice they remind us.

John calling Sherlock out on trying to be mysterious with his cheekbones and popped collar was hilarious, and spot on. Yes, Sherlock you so do that.

“Is that why you’re calling yourself ‘Greg’?”

When Sherlock was surprised Lestrade’s first name was Greg, was anyone else reminded of the Avengers? (“Phil? His first name’s agent!”) That just makes me really wish the Avengers will one day need a consulting detective. Although that would probably be one too many snarky geniuses in one room.

This episode kept up with the ‘A Scandal in Belgravia’ trend of humanizing Sherlock. When Sherlock said, “I don’t have friends. I’ve just got one” to John, it was a great moment, and shows how far Sherlock has progressed since series 1. Let’s see what next week’s series finale, ‘The Reichenbach Fall’ will give us.