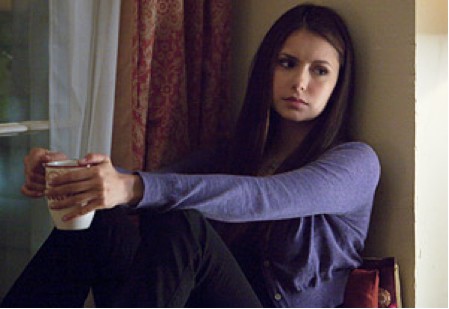 First of all, let me say Kudos to Vampire Diaries. Throughout much of the back half of the show’s third season, I was ready to expound on how the show had lost it (more on that later), but this final episode left me pumped to see what the old-by-CW-standards girl has left in her.

But how did we get to the point where a show I once babbled about with a fervor normally reserved for the religious became a show that I thought had lost its way? Well it all started with Bonnie. It would later come to encompass a lot more than just Bonnie, but it started with her. The witchy, judgmental Bonnie has been the show’s most ill used character for two seasons now (pretty much since Damon staked Vicky, although she did make a brief and ill advised return this season). I like the actress fine, but Bonnie was always forced to play “voice of reason,” which on a show that regularly brushes aside murders, rapes, and mental manipulation is sort of a thankless task. More importantly, however, and more pertinent to the way I think the show lost its voice, Bonnie was ALWAYS the person called in when all the other characters were unable to solve something. She was essentially a magical band aid.

Joss Whedon has a quote about the problem of escalation in serialized television that basically says that when you get to a certain point in a series, and someone says “oh no, how do we solve this?” His response becomes, “Well…  have you tried violence?” There’s no cleverness left in the premise. Bonnie became “violence” in the TVD world. She sucked the narrative tension out of any given situation. Need to unbind the originals? Call in Bonnie. Need to bring someone back from the dead? Bonnie. Need some witchy mojo worked to save Elena? Starts with a B, ends with an “onnie.” And since we rarely saw these spells taking very much out of her (unlike in the beginning, where big magic LITERALLY KILLED GRAMS), there was no real limit to Bonnie’s power.

This lack of stakes began to extend outward. I knew that they wouldn’t really kill all the originals. Maybe one or two of them could kick the bucket, but way before the show introduced the idea that what happens to one original happens to all the vamps in their lineage, I knew we weren’t going to lose Klaus, Rebekah, or he-of-the-fabulous-hair, Elijah. The show is still good, so occasionally it tricked me, but these actors are too much fun and fit too perfectly in this world to lose forever. The bigger problem with them, however, was that despite their now permanent status, the show kept INSISTING they were the big bads. Once your male villain starts pining after the heart of your show, he’s no longer a serious threat. He may do something rash and stupid, and he may still be incredibly selfish, but all of those adjectives could be applied to every other character on the show (especially one who’s name begins with D and ends with Amon). The Original Witch failed to fully capture my attention as well, although at least she was a move in the right direction.

Which leads us into arguably the highest stake part of the show: its love triangle. In Season Two, Elena went from being the part of TVD that I tolerated to one of my favorites. At the beginning of Season Three, she was kicking all sorts of ass, training to be able to physically match the vampires in her life and acting with agency to try and save Stefan and all her friends. The second half of the season, though, so her trapped between the brothers Salvatore in an endlessly vacillating seesaw. Regardless of the side that I’m shipping (which honestly, changes almost as frequently as Elena’s opinion on the matter), this is the weakest of devices. Elena’s make out with Damon a few episodes back didn’t feel earned, it felt… compulsory. I finally felt like the show was succumbing to CW-it is.

And then came the finale, which hit a great big reset button on everything we thought we knew. Damon met Elena first. Alaric is an evil vampire. Jeremy and Matt decide to finally act of their own accord. Bonnie makes a deal with the devil/Klaus. Carolina and Tyler reunite. Elena chooses. And it was a good episode, much more action-y than the show has been lately, and with Alaric being irrevocably lost and Klaus getting staked, also a lot higher stakes. It also featured some nice bro moments between Stefan and Damon, which is my favorite relationship on the show regardless of Elena.

And then the episode ended with Elena plunging off the same bridge her parents died on, and only reopening her eyes as a vampire. And suddenly next season is looking dramatically interesting in a way this season just wasn’t. I still think TVD needs to work out their villain problem, and I think that figuring out how to neutralize Bonnie’s (and now Klaus’s) power is a huge part of that, but significantly altering the status quo with Elena can’t help but be an awesome thing for this show. It will completely change her dynamic with Damon, who thus far is all about protecting-her-against-her-wishes, and alter her sense that she needs Stefan to feel connected to life. But more importantly, it will bring her outside the love triangle, and force all involved to realize that they need to be fully realized outside of their relationships with each other. Plus, it will royally piss off Klaus, who may be in Tyler’s body for now, but there’s no way we’re losing Joseph Morgan.

And so TVD, not for the first time, I tip my hat to you, for subverting my expectations, pulling back from the brink of cliché, and keeping me tuned to a CW show long after it’s age appropriate.