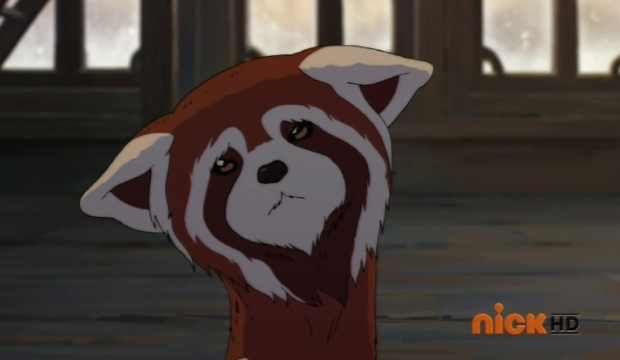 This week there was no new Legend of Korra episode.
NO. NEW. EPISODE.

NO! NOOO! NOOOOOOOOOOOOOoooooooooooooooo!!!
I feel like some Sith apprentice just cut off my hand and then told me that he was my father.

So what will I do without a new Korra episode to flail about?

The big mystery so far this season is, “Who is this Amon guy?”
I feel like we don’t really have enough info to make really good guesses so far, but … that’s never stopped me before.

Most Popular Theories About Amon’s Identity:

-Amon is Tarlock. Boring. Also, we’ve already talked about how I really want Amon’s traumatic past to be real.

-Amon is a nobody we’ve never heard of who’s just … Amon (and his story about his face being burned off by a random homicidal bender is true. Although, hopefully, in that case, the homicidal bender in question is not really random, and is seriously meaningful and impactful for the series. It should be a big reveal and/or betrayal. A former Gaang member would work. Best would be Aang, Katara, or Zuko –although negative points if it’s Zuko. If it was Azula or something, that would be fine too.)

-Amon is Zuko’s son. I can’t even tell you how little I like this idea. We’ve heard nothing much about Zuko so far, and absolutely zip about his progeny (if he and Mai had any), so it’s not that it’s impossible, it’s just that I so believe in Zuko’s turn around that I find it hard to believe that his son—even as a non-bender—would be anything less than loved and raised to value compassion. And we know Zuko wouldn’t take away his face a la Father Issues Agni Kai, and if the writers actually tried to bull that, I would probably smash my TV (not gonna lie, that would bring out the Hulk in me). So yeah, it’s possible, but … I would really really really hate it. Much better would be for Amon to be Zuko and Katara’s bastard son, but that would be way too Westerosi for this show.

My Personal Hopes and Dreams About Amon’s Identity:

-That this is a Buffy/Faith situation, where Aang’s momentary death caused a second Avatar to emerge (70 years means that the second Avatar would be really old, and/or Amon would have to be so this isn’t so much a viable theory as a “wouldn’t it be SO AWESOME if this were real?” theory). But it would be great for the bending/spirit bending issue.

-Amon is Sokka’s son. I know, this sounds crazy, but … the more I think about this theory, the more I love it. Again, viability factor is sort of negligible at best, but these are just things that I think would be awesome, so who cares? And it’s not totally impossible: Sokka wasn’t a bender, Suki wasn’t a bender, and it would be emotionally awesome for Korra, Katara, and Tenzin to have to deal with that kind of betrayal. And while Sokka didn’t have too much resentment for his bending Gaang/Boomeraang peers, he did definitely suffer from feeling like the Xander sometimes (apparently, I’m really feeling he Buffy/Korra connection. Don’t lie to me, YOU SEE THE SIMILARITIES TOO!!! Teen girl—the chosen, if you will—with special powers charged with the task of saving the world, small group of friends, mysterious Big Bad. Awesome mentor/father figure, I mean, that’s where it ends, for now, but you don’t know, Korra’s real endgame could be a chi-blocker with a soul). Anyway, if Sokka’s son was attacked by benders, and he felt like his bender family members didn’t come to help him, I could see where some major resentment/hatred could come from. Although this “theory” helps not at all with the spirit bending issue.

And yeah, we’ve been talking a lot about Amon, and that mystery, but there are plenty of other mysteries/loose threads to deal with.

What’s Up With The Flashbacks?
Yeah, Aang had flashbacks to his former Avatar states, but over the course of the show, he saw Avatar Kyoshi AND Avatar Roku. So far all Korra’s getting is Aang. So he’s got something to do with the problem at hand, that much is clear, but what? Also, this is just my guess, but I’m betting he/the flashbacks/a little intervention in the spirit world will have a hand in Korra getting her airbending under control.

What Happened to the Rest of the Gaang?
We’ve got Chief Beifong, so we more or less know what happened to Toph (although, this might just be me BUT WHO DID TOPH MARRY?!!! I need to know! I really want it to be Teo, is that weird?), but zip about Zuko (and Mai… I guess. I hate her), zip about Ty Lee, zip about Azula’s fate, zip about Sokka and Suki (I hope they stayed together, I liked them), and Tenzin apparently has siblings, but we haven’t met them yet. Here’s hoping.

Will We EVER Know What Happened to Zuko’s Mom?
Based on the little tidbit with Jinora and Katara in the first episode, my guess is “no.” Que triste.

When Will Mako Become WolfBatman?
Time will tell. But in my dreams, this happens and it’s AWESOME! Just imagine Mako running around Republic City, growling “WHERE IS HE?!”
Too amazing, right?

Well, those are all of the big mysteries of human existence that I can handle today, so … I’ll see you next week when Korra returns.