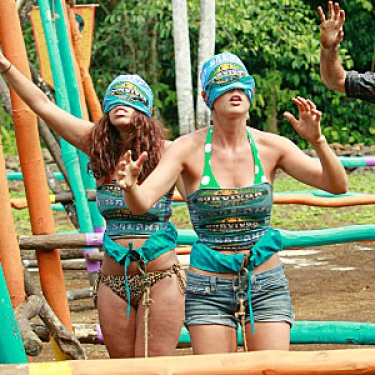 Survivor Sans Colton: Is it worth the watch?

After twenty-four seasons, it continues to surprise me that Survivor is still a strong presence on television. That being said, I’m the first person to defend the brilliance of the show and am proud to admit that I’ve seen every single episode (including those lame season recap ones). While the series has continued to impress me over the years, there have certainly been a few disastrous seasons and even more despicable winners. I would argue that the last truly terrible season was Thailand, and that’s saying something considering Brian Heidik’s uneventful win happened about ten years ago. So it’s with great sadness that I anticipate Survivor: One World will go down in history as one of the worst seasons to date (definitely not as bad as Thailand, but in my mind nothing could be worse than Thailand).

The main problem with One World is that there has yet to be a truly strategic player. There is certainly a valid argument to be made that Colton was this season’s strategist. I would counter that by saying he got lucky up until last week. Colton’s luck was entirely due to the stupidity of his tribe mates. Never has there been a player who could so easily influence his tribe to do his bidding, while simultaneously making it very obvious that they were in fact strictly advancing his own game. If Colton didn’t like someone, they left the game. He even was able to convince his entire tribe to give up immunity just because he disliked Bill and wanted him gone. Needless to say, Colton also takes the cake for meanest player ever. Not many people have the balls to tell someone to their face that they are next, and that they should just jump into the fire to end it all. Alas, karma is quite the bitch and Colton left due to appendicitis (talk about bad luck, I mean seriously, who gets appendicitis during Survivor?!?).

While Colton was painful to watch, undeserving of praise as a player of the game, and a downright despicable human being, you have to admit that the season is even more unwatchable without him. “The Beauty in the Merge” could go down in history as one of the worst episodes of Survivor. For starters, the alliances are completely out of whack. What began as a battle of the genders, is starting to turn into a popularity contest. Once the tribes were shaken up, it became obvious that team Salani would kick some serious ass in competitions, which they did. This week found the teams merging back together, and not surprisingly, Salani seems to be sticking together. The newly formed Chelsea/Kim/Jay/Mike alliance is attempting to run the game, but strategy talk is at a minimum. The big debate this week was whether to oust Jonas, who appears to be the only member of Manono with even a hint of strategy, or to get rid of the much more annoying Tarzan, who has zero strategy and still somehow thinks Alicia is the most loyal of the girls. The decision on who to vote out came down to Jay telling the girls that, even though Jonas fed them and was a much better person to have around camp, they had to vote Jonas because that was the original plan, and they can’t go around changing their minds. Seriously, that’s your reason? Not because Jonas is clearly a stronger player, or because he is obviously the new leader of the outcasts? You need to get rid of him because that was your first plan and it cannot change? Seriously?!? Way to not even think of strategy. The youthful alliance of Salani, plus the want-to-be youthful Troyzan, and the “alliance” of girls stuck to their guns and ousted Jonas.

The real head-scratcher in all of this is what the hell Christina and Alicia are thinking. I suppose it is a logic jump to assume the girls are sticking together and just using the boys votes until they can pick them off. This thought process is extremely flawed, and it should be obvious that the former Salani is considering sticking together. Why else would Troyzan, who was quite obviously aligned with the “misfits”, vote out one of his own? More importantly, why would the girls keep two of the strongest men, Mike and Jay, who have an easy shot of winning any strength-based competitions? But, alas, this is my issue with One World: nobody is using their head. Kim and Chelsea (who I still can’t tell apart) are on the path leading to strategy, but they need to make a big move soon. This season is going to come down to who those girls pick as teammates. Do they stick with the stronger Mike and Jay, forming an obviously powerful four person alliance, or do they stick with the girl power and hope that their odds against Sabrina and Kat are better in a final four situation (for the record, I think that’s a much wiser choice)? It looks like the “big move” is being made next week, and I certainly hope it’s interesting enough to keep my attention for the remainder of this season.

Regardless of what happens, I’m underwhelmed by One World. As much as I despised Colton, this season has already fallen flat without his entertaining presence. Train wrecks are sometimes fun to watch and I miss the Colton-express which was certainly heading straight toward the final four. And how awesome would it have been to see how Colton handled the merge? I smell a returning player in future seasons, but, sadly for Colton, his reputation will undoubtedly get the best of him and he’ll never be allowed to stick around as long as he did this season.

One last note: I love Sabrina. I’m not sure why or when it happened, but I think she has some serious potential as a player of this game. In the next few weeks, I’m hoping she’ll step up and start actually doing something. Part of me is also cheering for a Christina comeback. It’s hard not to cheer for the underdog, even if she is a carpet who lets everyone bash her to her face.