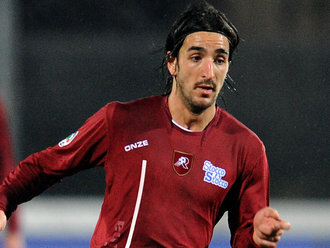 Death On The Pitch

When I was in high school, I remember a horrific incident that occurred during a game of soccer. Our goal keeper had strayed from his zone to grab a loose ball, and collided into an offensive player that was racing him to the same ball and was trying to score. During that collision, he took a hard hit which caused him to collapse on the field. Moments later, an ambulance was called to our school because our goalkeeper had stopped breathing. That had to be the scariest moment I have ever witnessed when participating (as a player or spectator) in a sports event. I learned a very valuable lesson that day and never forgot it: sports are dangerous. If you don’t respect how dangerous sports can be, you could get seriously hurt and possibly killed if precautions are not made nor taken seriously.

Our goal keeper survived the incident and lived to play another day. Last weekend in Italy, midfielder Piermario Morosini was not so fortunate. Last Saturday, April 14, the 25 year old Morosini suffered a cardiac arrest and collapsed on the pitch during a series B match in Pescara. This is the third time in as many months that someone has collapsed on the field which is cause for concern. Unlike the previous incidents, the player in question did not survive. No one wants to see something like this happen in any sport, especially to someone as young as Morosini. Something has to be done to prevent this from happening again.

While we are going to have to wait for an autopsy to find out what really happened to Morosini, that won’t stop us from trying to look for answers. What would cause a 25 year old heart to stop like that? It could be a heart condition that was never found by medical professionals, or something worse. I’m not one to speculate, but I would assume authorities would prefer if their players did not drop dead on the field while trying to score.

Death in sports is not uncommon, as there have been many deaths on the Indy and NASCAR circuits. However, when accidents happen in those sports, measures are taken to make sure similar incidents never happen again. After Dale Earnhardt’s death which occurred during the Daytona 5000 in 2001, NASCAR made several improvements to prevent future incidents such as the upgrade to a six-point safety harness for all drivers. The recommendation of improved head and neck restraints which all drivers use now as well as the use of soft walls on all major race tracks.

NASCAR’s response to the tragic death of one of their drivers is a shining example of how all sports should respond to the unexpected loss of their players. FIFA and other major soccer federations need to implement testing to make sure players are not walking onto the pitch with an unhealthy heart condition to prevent incidents like this from happening again. Testing of all players to make sure they have a clean bill of health for such an exhausting sport isn’t out of order and needs to be done to save lives. Three to five soccer players a year is three to five too many, especially when there are tests available to all leagues to make sure no one is risking their health. It just makes sense to bring in more regulations to protect the players from themselves and not have them go down mid-game and never get up, which is exactly what happened last weekend.

I remember having an argument about soccer with a friend last summer. This person was upset because the final of the women’s world cup went to a shoot out. He hates shoot outs and he preferred that the players keep doing OT until someone scores like in other sports. I told this alleged soccer fan that he was insane and that the reason for the shoot out was to prevent players from dropping on the pitch and possibly dying of exhaustion. While we tend to think of our athletes as demi-gods capable of great feats, the truth is these people are human and the idea of running players into the ground just because you don’t like shoot outs is dangerous and irresponsible. I used to play soccer and I had a playoff game that did go to a shoot out. By the time we got to that part of the game, everyone was near exhaustion. We didn’t want to keep playing and the shoot out was a welcome finish to a long and very tiring game. After the shoot out was complete, all we wanted to do was go home and crash for the night. Two halves, two overtimes is more than enough and even professional athletes are not super human… they have limits and we have to respect them.

Last weekend was a prime example why there should always be rules in place to prevent players from playing themselves into an early grave. I’m sure if these rules were not in place, we’d have a lot more than three to five players a year dropping on the pitch. As much as I would like to admire these chaps and ladies for their dedication, I would much prefer to watch them live to play another day rather than risk shortening a very promising career. I’m sure their families would not hesitate to agree with me on that one too.