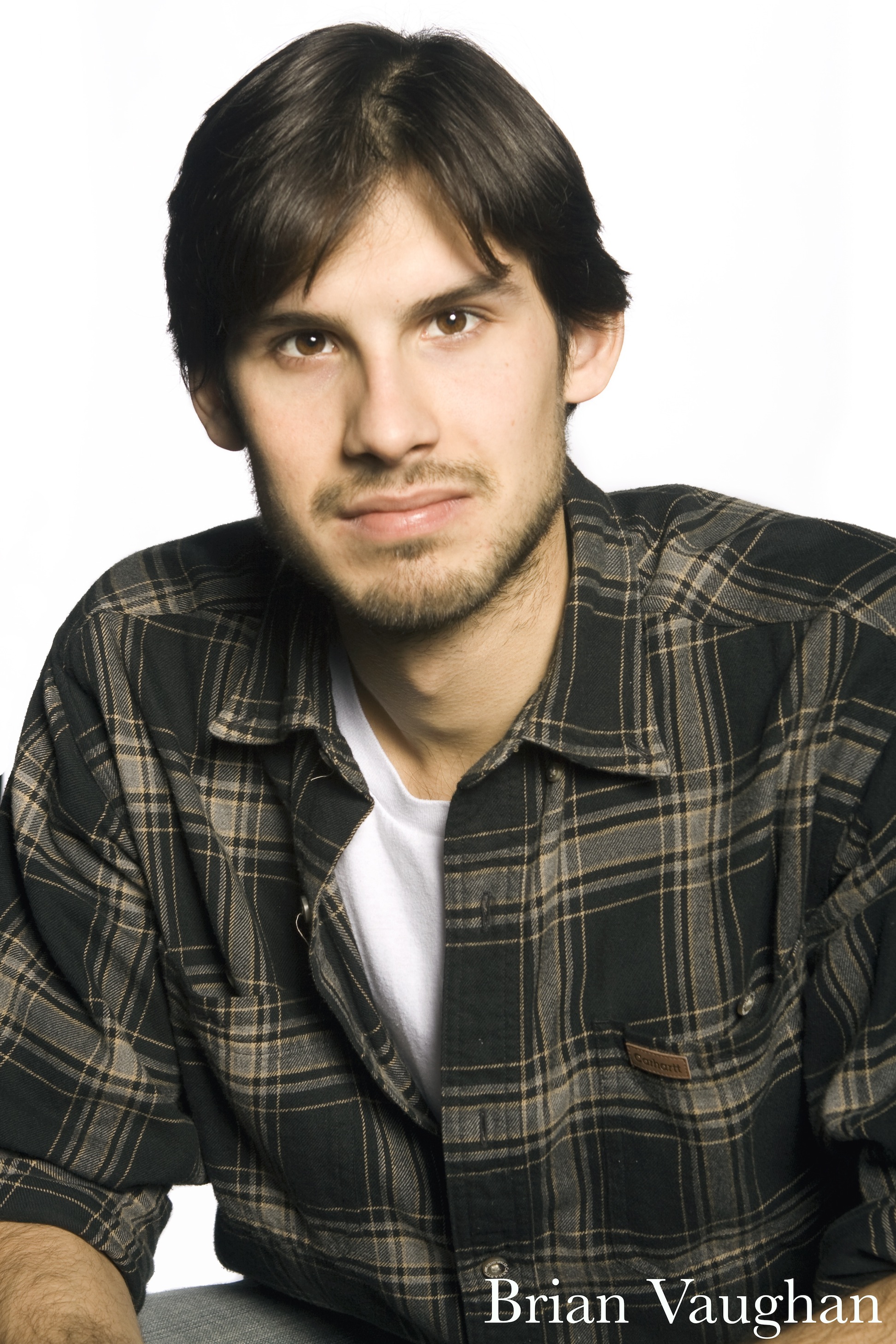 Brian Vaughan only just graduated from Boston University’s College of Fine Arts but he’s already touring the United States as part of The National Players, playing Hortensio/Slim in their productions of The Taming of the Shrew and Of Mice and Men. Before he left, however, he earned himself a Best Student Actor nomination in the 2011 My Theatre Awards, performing 4 different roles alongside major Boston actors in Walking the Volcano (a series of vignettes by the late playwright Jon Lipsky). While on the road, Brian stopped to answer a few questions for our interview series; read on for his thoughts on theatre, CFA, working with the pros and life on the road (rhyme unintentional).

Can you remember your first experience with theatre?
Yes indeed. My first theater experience was a show at the pool club my family belonged to. I think I was 12 years old. My older brother had acted in shows, mostly musicals, and I wanted to be cool like him. The show we did that summer was called Rock Around the Block. It was this goofy musical set in the 50’s. I remember thinking I was really cool because I played Bob, the main character’s brother, and I got to put a pack of REAL cigarettes in my shirt sleeve! From that day on, I knew theatre was the secret to being cool.

What actors and actresses have always inspired you? Are they the same today?
Always? I don’t think I was aware enough of the acting world until just recently to have someone who has always been an inspiration for me. My aesthetic has changed as I’ve gotten older too, so when I was 12 I might have said something like “Idina Menzel” but that’s because she was the only name I really knew. Now though, I would unequivocally say Mark Rylance. If you get a chance, look up his Richard II at The Globe on YouTube. Or fly to London and see Jerusalem. THAT is acting.

If you could perform on any stage in the world, which would you choose?
The Globe. Goosh.

How did your experience at CFA prepare you for professional theatre?
Let me count the ways….No but seriously, in many different ways. Some that I can quantify and qualify, some I will only realize many years from now, and some I will probably never identify but will be there nonetheless. I would say the most overarching lesson though is confidence in my ability. I know what I’ve been through and whenever I feel myself thinking “I look ridiculous” I can say, “Yes I do. But that’s ok, because I’m doing what I have to.” Also, just how to work my ass off.

Do you have any dream roles you think are perfectly suited to you or something completely against type you’d love to try as a big challenge one day?
The title role in Macbeth is definitely my dream role. In terms of being ideally suited for it or not, I’m not really sure. I think it would be a great challenge for me though, which makes me want to do it all the more.

Which directors and actors have had a major influence on you throughout your career?
Again, many many. I think I can safely say, ALL of the faculty at BU have had a major influence on me in one way or another. I gravitated to some more than others, but I think that’s only natural and in no way detracts from what the others have done for me. My high school drama director, Eric Nyquist is responsible for my initial love of acting though. And I would also say that Alex Mandell, one of my fellow classmates at BU, has always been an inspiration for me both in my creative work and my life in general.

What’s your favourite role you’ve ever played or production you’ve ever been in?
So far, probably Malvolio in Twelfth Night. That was an absurdly hilarious experience, and my first with a full-length Shakespeare. It really began my love of Shakespeare. Although Marc Antony in Julius Caesar would be a close second.

Describe the rehearsal process for Walking the Volcano.
Wonderful. Since there were only 4 of us in the cast, each of us got a very large amount of time with Elaine (the director), which was very necessary, at least for me. I’ll admit, when I first read that play I had no idea what was going on. It’s basically written in 8 short plays, with different characters in each, but the essence (or perhaps soul would be a good word for it) of the man and the woman remained the same throughout. We spent the first few rehearsals just pouring over the script, reading the plays in different orders, making as many connections between them as possible so that we could recognize how these people were different but also the same. Also the fact that it was about the generation of Americans who came of age in the 60’s was a very large part of the play, and as a person who was born in the late 80’s, I had a lot of research to do about the time period. One of the biggest things I did was create a playlist using music from the time. Each scene is set in a specific year, so I found the top hits and top-selling records from that year and made a full playlist for each year. It was fascinating how music really fed the feeling of time and place.

The production was half CFA students and half professional actors, how did that change the process from what you were used to?
It was a great opportunity to see both my Voice teacher (Paula Langton) and another professional actor (Gabriel Kuttner) work. Up to that point I hadn’t really had the opportunity to watch people who had much more experience than me go through a whole process, start to finish, and I learned a lot. It was also very encouraging for my self-esteem, because I could actually sit at a table and hold my own in a conversation about the play and the characters which made me feel like “Yeah! I can do this!”

You played multiple roles, how did you differentiate?
Elaine, in addition to being the director, is also the Physical Acting professor at BU, so she has a very physical approach to character. We worked a lot with how their physicalities were different. For example, one scene I played a 45-year old man who at one point in his life had been severely beaten and had a metal plate in his head. At one point in my life I had surgery on my knee and then was on crutches for 6 weeks, which resulted in muscular atrophy for that leg. I decided to use that experience and say “Well what if his leg always feels like mine did then?” Another character was a musician and did too many drugs. Elaine challenged me to go too far with it and see what would happen. So I looked up people who did WAY too much cocaine and they were bouncing off the walls and blinking a lot, which I used.

Do you have a favourite moment in the production? Or a favourite of the 4 vignettes?
I think the one I just mentioned was my favorite, between “Jumpin-Jack-Flash” and “The Queen of Wyoming”. Not only did I get to be completely coked out, but I got to play the guitar and sing too! I think the greatest part about it though was because of the extremity of the character, I felt free to do basically anything I wanted which is really a great feeling on stage. I think that’s a feeling I want in every role I play, but that one in particular made it easy.

You’re touring with the National Players now. What’s that experience been like?
Really incredible and at times really stressful. But overall I wouldn’t trade it for anything. I have been to so many places I would never have otherwise gone to in my life. Some of them wonderful (Charleston, New Orleans, Asheville) some of them not so (currently I’m in New Stanton, PA. Ever heard of it? Yeah, there’s a reason why not) but I’m always interested in seeing new places and that is constant. I also got really into the Civil War over the summer, which was perfectly timed. I’ve geeked out at many battlefields all over the country, which is not something most people get to do in such a short span of time. And of course I am acting, which is not something I expected to be doing immediately out of school.

Do you have anything you’d like to add?
Thanks for the nomination!