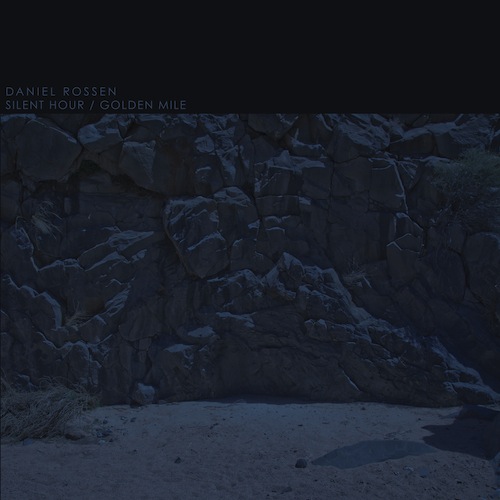 Grizzly Bear’s Daniel Rossen released what is either a very new EP or a very old EP. I say this because these tracks could very well have been what he played for Chris Taylor  – another member of the aforementioned group – early in college when Bear was just starting out as a three-piece act. It also has the sounds and progressions of we’ve come to expect from the band after years of maturing. However, there’s a certain, even-more stripped down feel to Silent Hour/Golden Mile that gives it this own persona all in itself.

Bare-boned and vulnerable, Rossen brings us into his  brooding and encapsulating echo of a world with “Up On High.” Violins, simple picking, and chamber vocals depict images of a “…mouth full of stones / grinding your teeth / speak for me.” As we progress, his continuous plea for another’s voice is met with a caustic slide guitar that wails above all else; the layering of sounds has clearly carried over from Bear.

The sound shifts into a coupling of breezy sea tracks that swim around in melancholy and longing for solid ground split by a glam-rocking power track. . As uplifting as the chords and progression are here – they are taken under just as fast with their lyrical delivery and burning wall of sound. An immediate connection to Elliot Smith comes to mind.  Piano driven “Saint Nothing” takes the wind right out of the strength “Return To Form” built before it. Rossen’s barely audible deliveries of “no’s” only add to the anguish this album brings. The Grizzly Bear vocalist displays his feelings of lonesomeness and longing all while keeping us grounded and connected to every ounce of his pain.