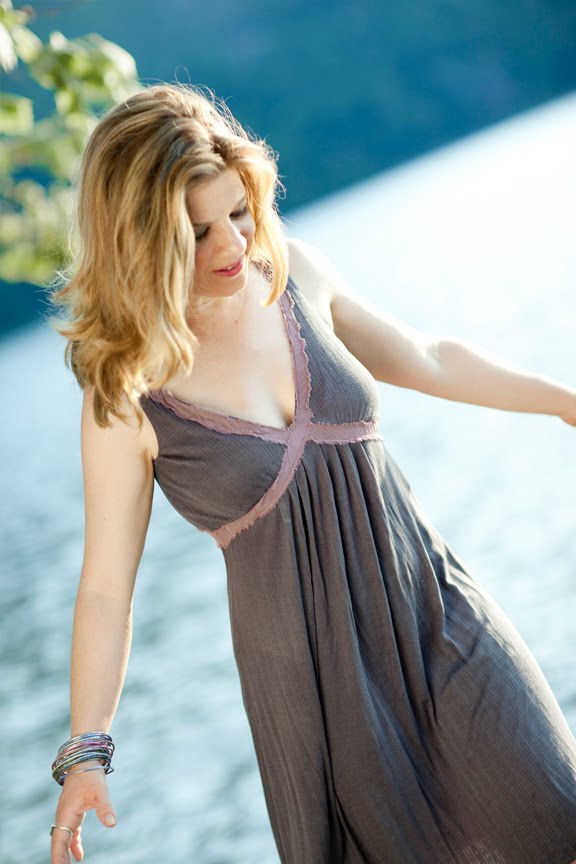 A few weeks ago I had the pleasure of seeing one of my favourite singer/songwriters live.

I first fell in love with Dar Williams’ quirky lyrics and sweet, folksy guitar melodies back in the days when I used to go to summer arts camp. During something called “unit hour”, my counsellor would pull out her guitar and sing “The Babysitter’s Here”, Dar’s ode to the coolest babysitter on the block and the childlike wonder of idolizing her. The adorable song is funny and sad and oh-so familiar, like most of Dar’s best work. Sung by my camp counsellor- Celeste, a blue-haired theatre artist with a nose ring and a heart of gold- “The Babysitter’s Here” made our entire cabin feel like it was our song, and the lyrics were about our counsellor as she played guitar, sang, wrote poetry, danced and tie-dyed our shirts, just like Dar’s babysitter did.

As I got older, I fell for one of Williams’ other famous works, one that is to-this-day one of my favourite songs ever written: “When I Was a Boy”. Strict and largely arbitrary gender lines have baffled me all my life and as a somewhat girly girl totally fine with being a girl, I’ve often taken offense to the idea that by being such I’m adhering to some sort of rulebook. The notion that my best friend can’t admit to his male friends how much he likes The Parent Trap or that my love of baseball is considered somehow incompatible with my love of red lipstick is just bizarre; those are lines the average person doesn’t bother to battle, we live with them and just sadly yearn for a time when they didn’t matter as much. I’ve never heard anyone put into words my exact feelings on the topic quite so wonderfully as Dar Williams in “When I Was a Boy”. The melancholy ballad tells of a time when a young girl could tell Peter Pan she’s a boy and earn the right to fly and fight alongside him; and it tells of now “when leaving a late night with some friends, I hear somebody tell me it’s not safe, someone should help me. I need to find a nice man to walk me home”. Dar’s point isn’t that society minimizes its women or that we shouldn’t let men walk us home or that we should all macho up. With her final verse she points out that it goes both ways, that the tragedy isn’t that girls don’t get to play like boys and boys don’t get to pick flowers, it’s that once upon a time “you were just like me, and I was just like you” and then we grow up and we get arbitrarily separated and told who to be. It’s a sad little wakeup song that I consider one of the most truthful ever written.

While the “I don’t understand and she tries to explain”s in “The Babysitter’s Here” are followed by both “how a spaceship is riding through somebody’s brain” and “and all that mascara runs down in her pain” and, however cutesy and inclusive “When I Was a Boy” is, it’s still hopelessly melancholy, one of Dar’s most famous songs is the upbeat, funny and hopeful “The Christians and the Pagans”. I come from a Catholic family and my favourite aunt is Wiccan so “The Christians and the Pagans” is a particularly fun holiday adventure. It’s still got Dar’s trademark honest edge of depressing realism, such as the fact that the family is somewhat estranged and when the uncle awkwardly puts down his son’s request to be a Pagan with “we’ll discuss it when they leave”, but “The Christians and the Pagans” is an overall celebration of the fact that “Now, when Christians eat with Pagans only pumpkin pies are burning”.

So, you know those creepy facebook ads that use stockpiled information about your likes, dislikes, location, age, race, body type and past internet behaviour to target you? I actually don’t mind them, because I honestly don’t mind corporations knowing that information so long as I have the power to ignore their campaigns and because if the ads are targeted to my interests, every once in awhile they will show something I’m actually interested in. So when Facebook informed me that Dar Williams would be playing in Toronto at Hugh’s Room on Dundas West, I was less creeped out by the stalkery ad and mostly thrilled that I’d get to finally see Dar perform live.

She didn’t disappoint. The unpretentious singer has welcoming stage presence, a superb self-effacing sense of humour and enough fun anecdotes to fill a concert twice as long as her painfully short set at Hugh’s. Dar chatted amicably as she tuned her guitar, telling great stories about her first record label promising to get her on the cover of “High Times” only to have her be rejected because she didn’t smoke weed and dispensing sarcastic career advice about the fact that “being inspired by your dreams” is actually what she does for a living. A tale about the quest for a replacement A string at an all-female folk festival brought down the house; her tongue-in-cheek retelling of how the staff over-expressed their feelings and said things like “I felt very judged just now” was the perfect counterpoint to her general insistence that “I’m totally down with the sisterhood”, the unspoken caveat being “so long as they’re not crazy”. The beautiful singer performed all her best songs and plenty of new material, the only one missing being “Iowa”, which I missed less than I thought I would as I discovered new favourites “Cool as I Am” and “The Easy Way”.

In the big but intimate room at Hugh’s, the Dar Williams concert was simply great and I cannot wait for her to come back again. In the meantime, she’s got about 18 albums I need to catch up on.