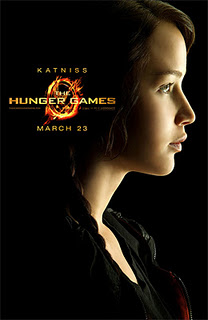 The superb, pulse-pounding teaser kicks off with the serene Jennifer Lawrence as heroine Katniss Everdeen meeting her tried and true best friend Gale (Liam Hemsworth) in the woods for their daily hunt. It’s as peaceful a scene as Katniss ever enjoys and the sense of foreboding in Gale’s pleas for them to run away together gives just the right sense of unease. Then we’re on to the grey-tinted Reaping and Elizabeth Banks’ frothily icky take on Effie Trinket, Lawrence’s screams, the face of her terrified young sister Prim. The rest is a flash- the train, the prep team, Cinna’s designs, Haymitch’s training, Caesar’s interviews and that crucial scene on the roof when Peeta first shows us who he is.

Then it all comes to a sudden, silent stop as the people of District 12, the citizens of the Capitol, President Snow in his mansion, Prim and Mrs. Everdeen at home, Gale alone in the woods and, most horrifyingly, Katniss from her small launching pad endure the countdown: “3…2…1…Let the 74th Hunger Games Begin!”

Mere seconds of the atrocious chaos of the Games’ first moments…. then… Cut to Black.

Then Effie’s echoing words that will haunt you until March 23rd and, by god, until the release date of Mockingjay most likely 3 years down the line:

“May the Odds Be Ever in Your Favour”

Now that is how you make a film trailer.