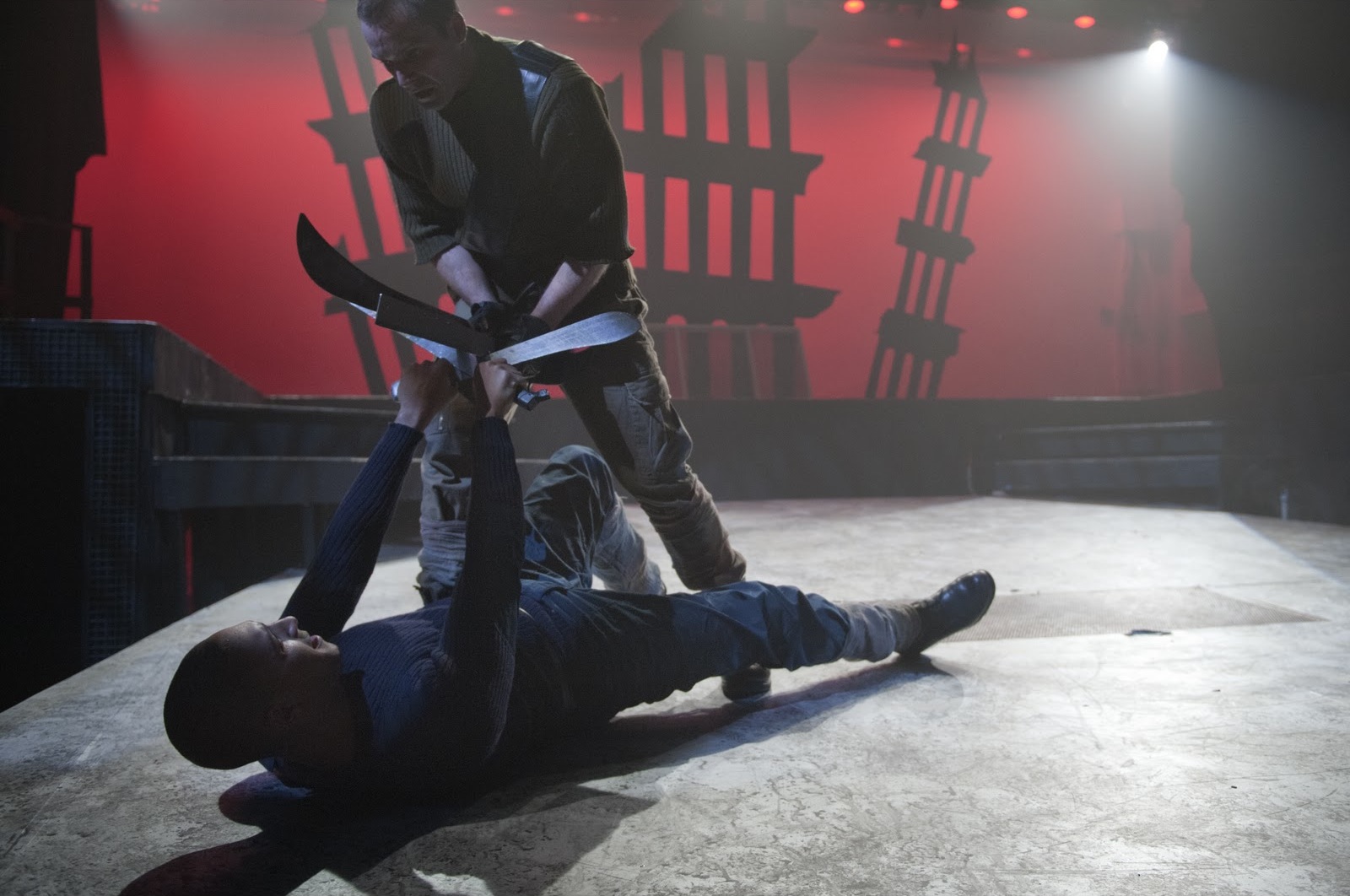 Shakespeare in Action’s second tragedy isn’t as strong as its repertory companion Romeo and Juliet. While the casually modern staging works wonderfully in R and J, in a modern Mackers a low budget can make things look haphazard because of the precision necessary to pull off a military look. The company would have been better off going bare bones with it- all black, no set; just actors, their voices and some weapons. As it is, the capable company fights against the contradictions of their world the entire time- it’s presented as though it’s supposed to be big, but it just isn’t.

David Shelley, whose open-faced sweetness and approachable charm serve him well as Mercutio, doesn’t quite stand up as Macbeth. Lauren Brotman, similarly ‘nice’ as Lady Macbeth, also lacks the cutthroat quality that usually marks the role. Together they make for an odd duo whose demeanor and actions don’t quite line up. A more sympathetic take on the infamous couple could prove remarkably interesting, but we’d have to see more justifications, more antagonism in the other characters, more corruption from outside forces to make the plot still plausible. Without those adjustments, the softer characterizations just don’t jive.

The actors playing the witches make for some of the most interesting parts of the production. Kaleb Alexander, Shaina Silver-Baird and Marcel Stewart are more than usually acrobatic as the supernatural chorus, mystically weird as opposed to the more common just unpleasantly odd interpretations. In the small company, Alexander, Silver-Baird and Stewart then transition to play many other key roles (including Alexander’s valiant Macduff and Silver-Baird’s charming scamp of a Fleance), as well as filling out almost every other scene as cloaked lords. The effect gives the witches a sort of omni-presence, a rare sinister feature in an otherwise light production.

Despite a few standout performances (Brotman’s excellently paralleled Lady Macduff is another small highlight), and some truly excellent stage combat, Shakespeare in Action’s Macbeth lives up to none of the company’s potential, lacking all the passion and verve that makes their Romeo and Juliet great and failing to tap into the play’s dark complexity.