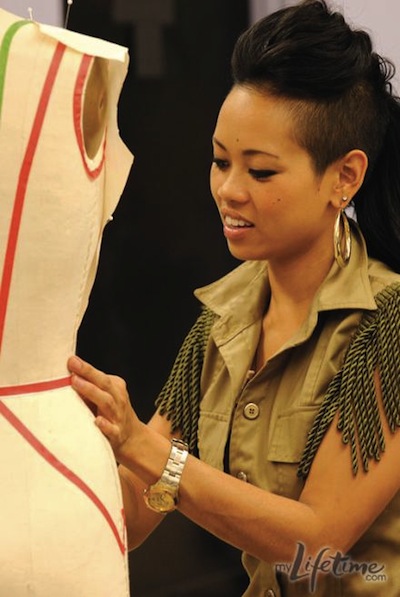 In related news, Anya won fan favourite with a massive 52% of the vote. 45% went to the oh-so lovable Anthony Ryan. 1% each was won by Viktor (a brilliant designer whose restlessness in the last 2 days made him overthink and probably lost the competition for him) and likable oddball Burt. Not a soul else even drew enough votes for 1%. This was a 2-horse race for favourite and a 3-person run for the title (Joshua put up a good show too, Kimberly never had a shot). But Anya was the clear winner in both; though I do agree with Heidi about those necklines. Even if her finale collection wasn’t her best work of the season, after last year’s Gretchengate, the real designer of the season just had to win this year, if only in honour of Mondo.