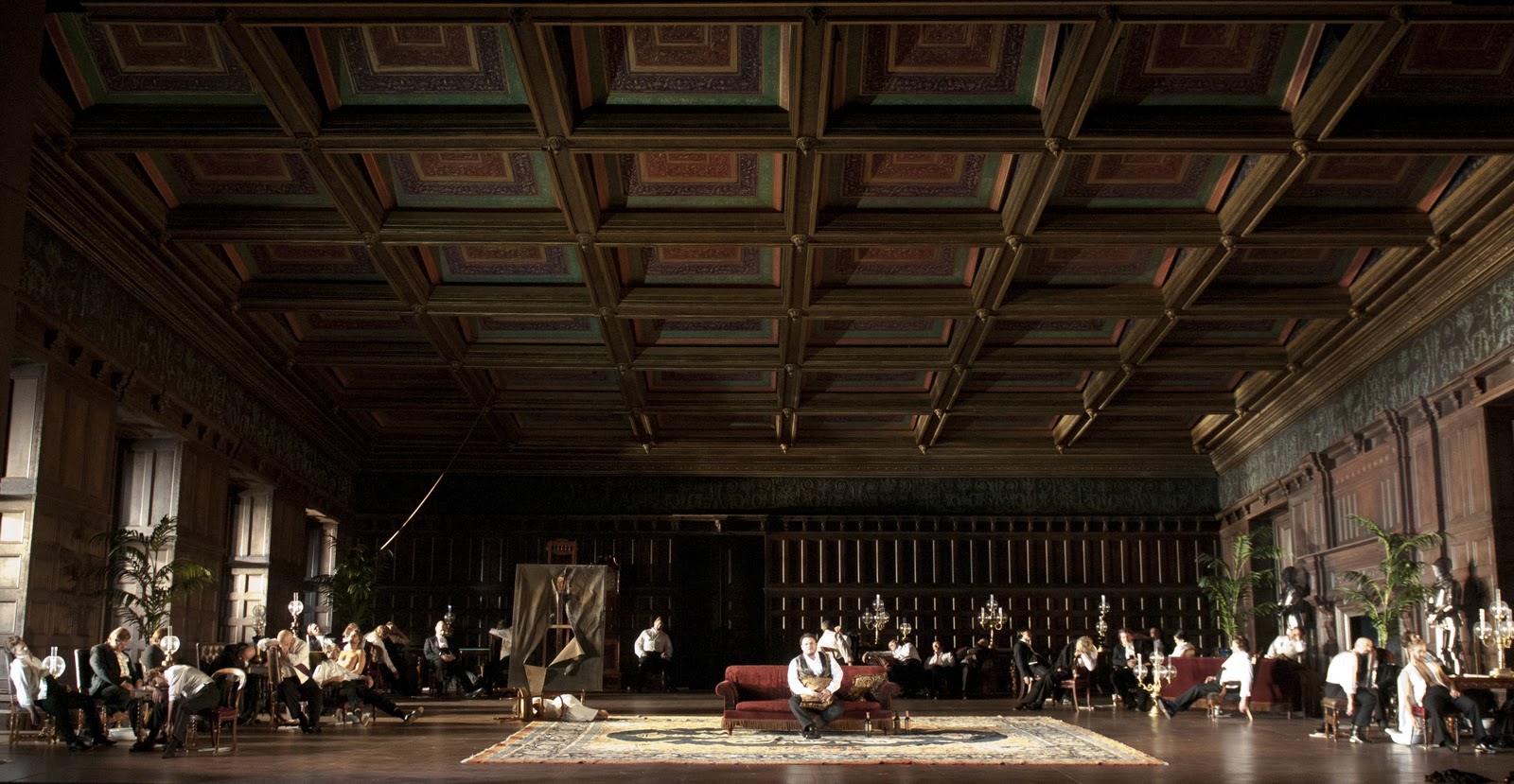 Rigoletto at the COC

Verdi’s brilliant 3-act opera is given a beautiful if sometimes silly staging at The Canadian Opera Company this fall.

Tenor David Lomeli was my favourite of the very capable company of singers, performing the role of the lascivious Duke with aplomb and a cold, delivering a memorable vocal performance throughout, specifically in the painfully famous “La Donna e Mobile”. His casual manner and on-stage ease quickly prove his best acting traits, easily defining the Duke’s nonchalant machismo, though his staged moments of sex and violence lack the passion and aggression that would make the character more visceral.

The acting is overall somewhat weak as almost no truly believable relationships are formed amongst the characters. Simone Osborne as Gilda sings with a beautiful but rather thin soprano that grasps for its top notes, but her biggest failure is truth-less acting. Lester Lynch’s Rigoletto fares better but walks the strange line between seeming indifferent and overdramatic.

One of the more compelling characters in the piece is Phillip Ens’ Sparafucile, an assassin hired to kill the Duke. With stark blond hair streaming out of his black top hat and dark round glasses hiding his eyes, Sparafucile is far more interesting than the rest of the characters on stage and Ens’ rich bass performance enhances his effectiveness as a sinister symbol of the characters’ corruption.

Kendall Gladen’s performance as Sparafucile’s whorish sister Maddalena is appropriately passionate though her contralto gets easily lost amongst the higher voices in the quartet.

Michael Levine’s stage design is, as it always seems to be with the COC, beautiful and rich. The decision to stage the whole thing in a single parlor room, a wonderfully detailed high-end man cave of sorts, instead of various locations in and outdoors didn’t bother me one bit, though it should facilitate easy transitions, which it doesn’t seem to. Between acts the audience is treated to bizarre and pointless downstage pantomimes while stage hands very noisily adapt the one room set into a slightly different version of that same room. The effect is comical and far from desired.

Almost every major issue I found with Rigoletto lies with Christopher Alden’s direction. Silliness like unnecessary table standing, falling rose petals and the bizarre moment when the male chorus begins to run in circles around the set really takes away from the power of the piece. The lack of relationship development seems a little too across-the-board to place the blame on the actors; more likely it too is a direction mishap. What Alden needed for Rigoletto was editing, a chance to focus on the things that really mattered and leave the grand silliness behind.

Rigoletto plays at The Four Seasons Centre in Toronto, ON until October 22nd.