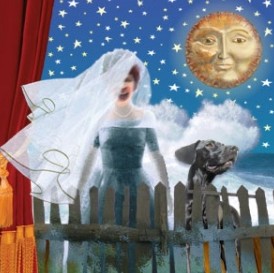 Alumnae Theatre’s current production of After Mrs. Rochesteris somewhat of a mess.

Polly Teale’s uneven script tells the story of Jean Rhys, a novelist who grew up in the West Indies, which inspired her to write a prequel to Charlotte Bronte’s Jane Eyre about the life of Bertha, Mr. Rochester’s troubled first wife who hailed from the same area. While I’m all for telling Bertha’s side of the story (the oft-ignored character is not only crucial to the understanding of Jane Eyre‘s male lead but she’s a significantly more fascinating presence than any other woman in the novel- including its heroine), this is not the way to do it. Teale uses Bertha, more or less, as a metaphor for her characters’ suffering- everyone sees the light through Bertha and her story and finds comfort in the connection. As Bronte’s story, Rhys’ story and Teale’s story get meddled, the play becomes more and more disjointed, becoming harder to follow and giving you very little reason to try.

The cast isn’t all bad, though I highly disapprove of the decision to use eight women instead of the six women and two men the story demands. Perhaps that decision was supposed to have some sort of feminist meaning, perhaps it was just a lack of male interest, either way I found it distracting. Laine Newman, one of the women charged with all male roles, flounders with differentiating her characters, her “man” voice and “man” gait consuming much of her concentration. Tabitha Keast, on the other hand, flourishes with the extra challenge, easily running circles around the rest of the cast with her confident presence and nuanced character detailing. The other highlight is Susan Q Wilson who presents a straightforward take on her declining character, even if she functions predominantly as a narrator. Jessica Rose has her moments in the leading role of Ella (the younger version of Wilson’s character). The taxing accent work (morphing from region to region as her character moves and ages) hinders her a bit but when she’s good she’s good and anchors the play well.

Despite some high points, the calibre of acting at Alumnae just isn’t as high as that at many of Toronto’s comparable companies. It’s a great shame that director Laura Roald didn’t have more money and talent to work with because her attic-esque set design and good sense of pace really do serve the production well (as does her excellent restraint when it came to the temptation of set changes, less so the omni-present actors sitting upstage).

Ultimately no director, designer or cast in the world could have saved Teale’s strange and sporadic script. It doesn’t seem sure of what story it’s telling so the audience has no hope of figuring it out. Poor Bertha really does deserve more from her appointed modern counterparts.

After Mrs. Rochester plays at Alumnae Theatre until October 7th.