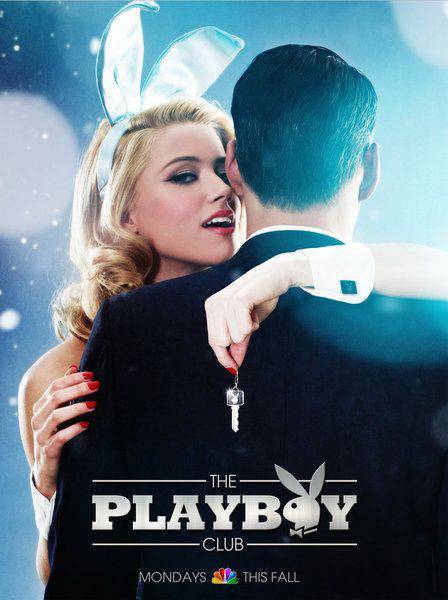 It was unlikely that I would like The Playboy Club (hence the unforgivably late review). Not only is it so far from being a hit that it’s already facing cancellation rumours (though NBC swears they’re being patient this year), generally speaking female-driven stories aren’t my thing, certainly not corset-clad female-driven stories. But armed with seriously low expectations and almost no foreknowledge of the series, I kind of really liked The Playboy Club.

The show kicks off with the accidental murder of a mob boss- Oh, uh…well, I did not see that coming. Okay, it actually starts off with an attempted assault and our little ingenue kicking some “standing up for herself” butt, which results in the accidental murder of a mob boss. There’s the revelation of his identity, a threat against her life, a quick-thinking cover up and we’re off to the races.

The little ingenue in question is Maureen, the beautiful aspiring singer/new cigarette bunny at the original Playboy club in 1960s Chicago. The stunningly gorgeous Amber Heard is surprisingly level headed in the role, giving the audience (for lack of a better term) a bunny to believe in. In the pilot alone, Maureen has to grow up and find a way to survive the deep trouble she’s in- her success in that area is at its clearest when she’s met by some mob muscle in a lonely hallway, far from the sheltering arm of Eddie Cibrian.

Not that the other bunnies really need that much help. Self-assured “chocolate bunny” Brenda (Naturi Naughton) is all sorts of ahead of her time as she harnesses her “assets” to get exactly what she wants. Laura Benanti is similarly fabulous as Carol-Lynne, the commanding original bunny, now the calculating “bunny mother” in charge of her sprightly young brood of threats.

As for the men, the alienatingly handsome Cibrian is sort of perfect as the untouchable golden boy Nick Dalton. His manner may seem a little Hamm-derivative but that makes him no less suited to the role of ambitious but sure-to-unravel-soon “key holder”. Try as he may to shake it, the perfect 10 Things I Hate About You will always colour how I see David Krumholtz, so his shows of spine to Carol-Lynne are about as transparent as bunny stockings. But that sort of works for his role as the club manager- all talk but easy to crumble with a single word from Hef. I was also delighted to see Sean Maher, however briefly, in an as-yet-unclear role as the leader of a covert homosexual group. My favourite member of the Firefly crew,  I’ll take Simon Tam in any capacity.

The whole thing is narrated by none other than Hugh Hefner himself. There really was no other way to do it. And he’s a lot of fun- if, as nothing else, a comical and familiar mascot, not to mention a living relic from the dead centre of the period piece’s action. The decision to avoid showing his younger self’s face? Perhaps a little soap-opera-y; I think casting the character of Hef would do the show some good. But, at the moment, keeping the focus off the icon and on Maureen’s personal story might just be their best bet.

The script, from series creator Chad Hodge, isn’t anything special but it also avoids the static dialogue and exposition-heavy pitfalls suffered by many pilot scripts, so there is definite promise there. And the show is beautiful, there’s no denying that. From the all-round stunning cast to the beautiful set decoration, lovely costumes and decent cinematography, it’s at the very least a feast for the eyes. Here’s hoping The Playboy Club improves from here (and that the feminists don’t shut down production) and, maybe, just maybe, finds its audience. Because it may never garner great acclaim (come on, no way the Emmy voters even admit to watching an NBC drama set in the era of their precious Mad Men) but I’m hoping it at least gets a chance to tell its story.

Catch The Playboy Club Mondays at 10pm on NBC.