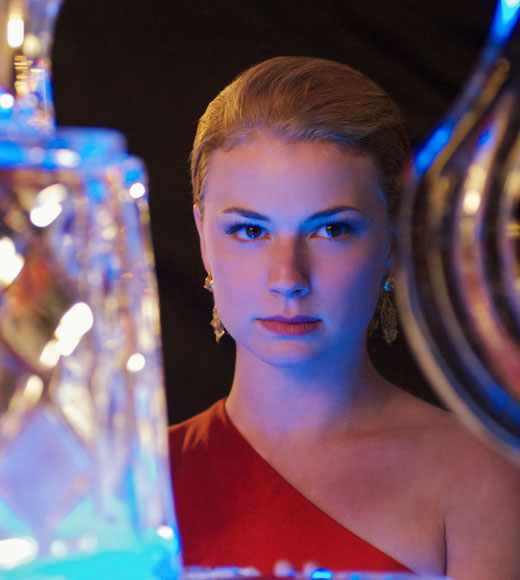 Do you remember Amy Abbott? I do. She was sweet and funny, good natured and forgiving. Do you remember Rebeca Harper? I do. She was smart and self-assured, easy going and charming. Now, the woman who gave life to both is back on network TV in a dark show about the need for ruthless revenge. And who is Emily Thorne? Well she’s actually Amanda Clarke, but she’s also smart, self-assured, easy going, charming, sweet, funny and good natured. She’s every Emily Van Camp character, sort of. I left out one important adjective, the absence of which undermines all the others, because, as we’re told at least twice in the pilot alone, “this is not a story about forgiveness”.

Van Camp’s likability goes a long way in the excellent Revenge pilot. With her friend Ashley (Ashley Madewke), Emily (really Amanda) appears to be normal and fun, if mysteriously filthy rich. Putting on the act with people she despises to her very core, those same traits win her favour and set up her revenge plot with the credible possibility of deception she needs.

As the pilot continues we begin to see the cracks in Emily’s charming veneer (but not before she’s won us over with easy friendship and the offer of margaritas)- she’s cagey and closed off, protective, instinctive and severely mistrusting. As we learn the reasons behind that hidden darkness (and her need for revenge), we immediately give her leave to be as dark as she needs. Amanda’s story is a viscerally horrible one in which powerful people arbitrarily destroy her father’s life with a single lie- far scarier than any serial killer CSI plot.

The charm Van Camp plays early on and the well-developed horror of Amanda’s story allow the audience to jump on board with Emily’s vengeful crusade in this well-shot, intelligently written, impeccably cast series. The drama and the characters are remarkably compelling and while Emily’s actions aren’t admirable, they’re not kind and they’re ultimately not forgivable- this isn’t a story about forgiveness.