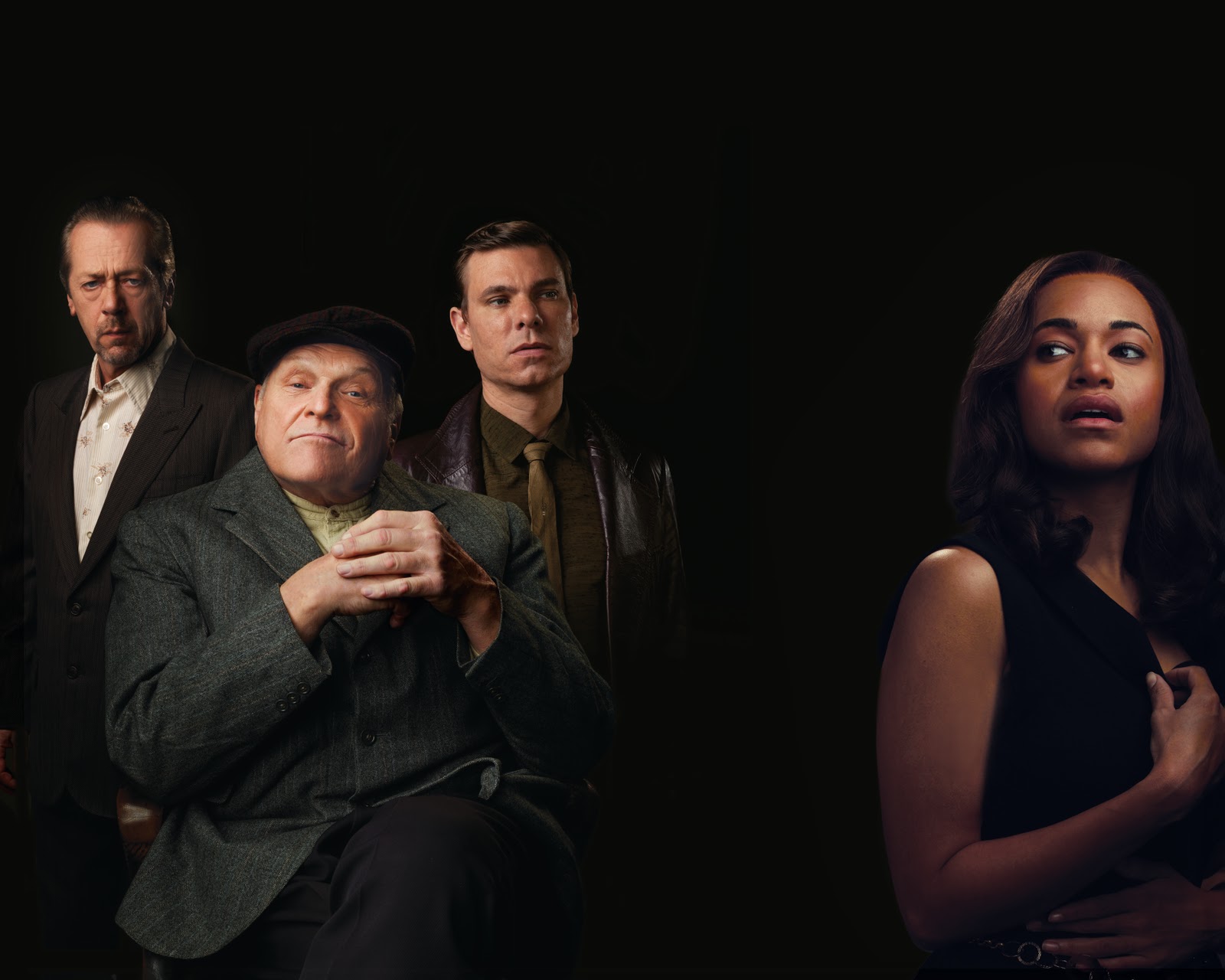 In Stratford: The Homecoming

Ranking: #11
Alright, Pinter is not my thing. In fact, he is so far from my taste that I found myself getting progressively annoyed at his characters and their seeming inability to make a decent decision about their lives. I have a tendency to not think nutso people are interesting or metaphorical, I usually just think they need help and to get off the stage. That’s why The Homecoming is so low in my Stratford rankings. It is, undoubtedly, a very well executed piece. It’s also a beloved script from a Nobel Laureate playwright. So this one came down to a matter of taste. It’s not my thing, so I didn’t love it. But I will tell you all the great things that the company did with it, in case Pinter IS your thing.

The first thing I noticed was the incredible detail in Leslie Frankish’s set design. There is a bright area on one of the walls, a square outlined by the time-faded colour of the surrounding wall, as if a painting hung there for many years and hadn’t been replaced when it was taken down. That sort of detail sets the tone of the piece really well, from the moment you see the set you have a sense of the people who live there and the history of the place.

Those people are some very well realized versions of Pinter’s inconsistent and bizarre characters. My Theatre favourite Mike Shara brings his inherent straight-backed dorkiness and intellect to perhaps the play’s most confusing role, his sharp knack for dry, deadpan comedy becomes his greatest tool. The ambiguously motivated Teddy, whose homecoming with his wife Ruth sets off the action of the play, makes decisions so irrational and reacts in such unnatural ways that the fact that Shara makes him somewhat relatable is quite the feat.

Stage vets Brian Dennehy and Stephen Ouimette ground the play with their immense credibility while the young Ian Lake brings a bright energy to his dreary Northern English surroundings with some moments of comic gold. The ever-convincing actor is good at playing the innocent, mildly dumb Joey without overplaying it for the cheap laugh.

As for Aaron Krohn, I had mixed feelings. At times he seems genius in the remarkably complex role of middle brother Lenny but at other times he seems to stick out oddly, as though he’s unsure what he’s doing. The latter could be intentional; with a role like Lenny, motivation is next to impossible to determine. He could have spun in circles with a teacup on his head and the audience would have found a way to fold it in with all his other crazy doings.

Then there’s Ruth, the real crux of the piece. The only female character and the one true outsider in the story, Ruth needs to enter as a threatening stranger and instantly feel as though she’s finally where she belongs. It’s an unforgiving, possibly detestable, hopelessly uneven role which Cara Ricketts handles marvelously. Her first time at the festival in a real grownup role, Ricketts brings a classy drama to the part. She’s a real dame- tough, clever, unpredictable, teasing. Her head held higher than most women in similarly unhappy marriages and unsure circumstances could fathom, Rickett’s Ruth enthralls, lending even the tiniest bit of weight to her bizarro captivation of her husband’s brothers and father.

The play’s action made entirely no sense to me and I haven’t the patience to read one more piece of criticism expounding the virtues of the absurd. So while I try to forget the experience of watching Shara’s Teddy smile bemusedly at his wife rolling around on the floor with his little brother, I invite you to see the production for its excellent execution and perhaps find meaning in what I find nothing more or less than, well, absurd.

The Homecoming plays at the Avon Theatre in Stratford, ON until October 30th.