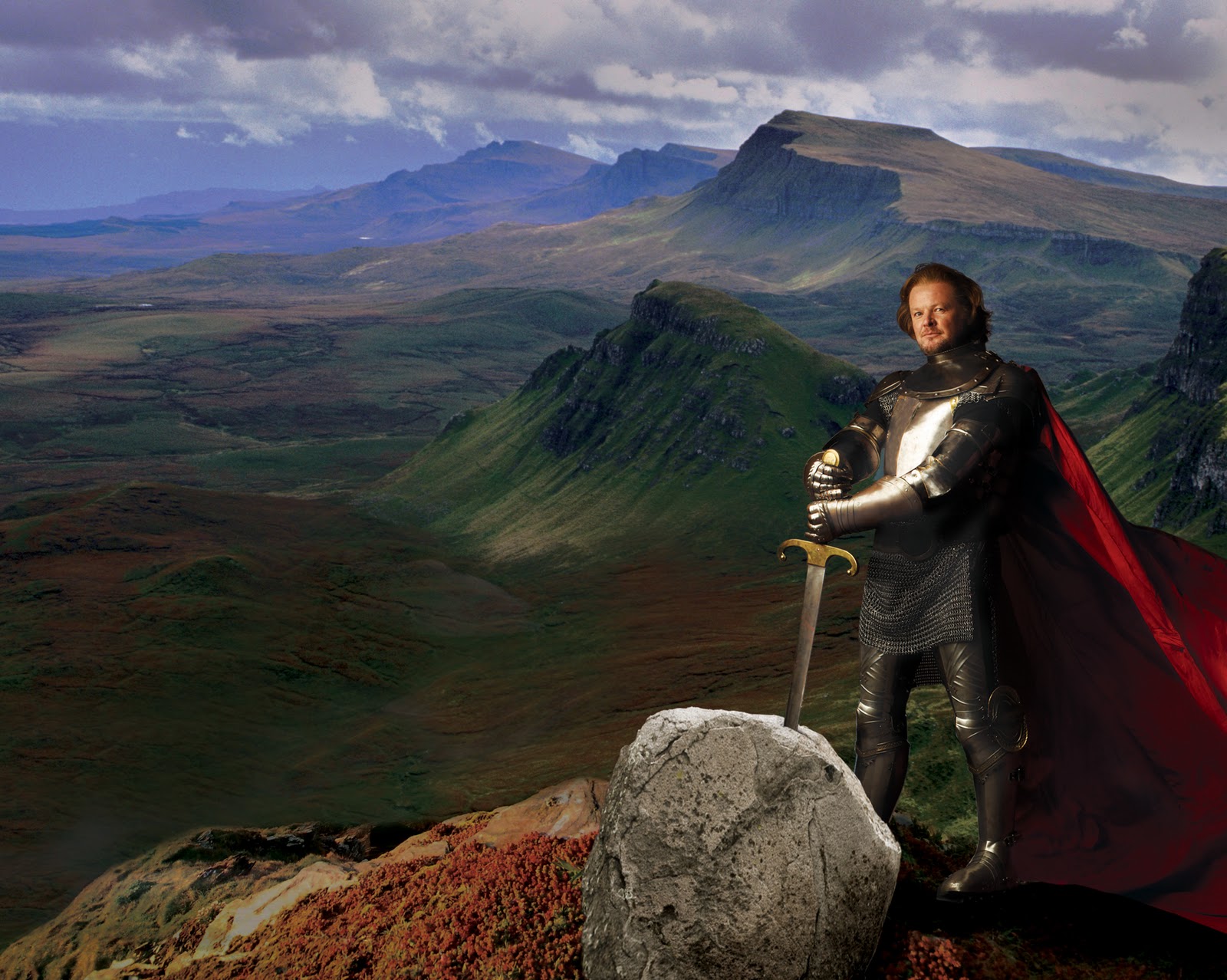 I’m fond of Lerner and Lowe’s Camelot. It was one of the first things I ever saw at The Stratford Shakespeare Festival and this year’s iteration pays lovely homage to that great production with erstwhile Lancelot Dan Chameroy bringing his lovable swagger to the small part of Sir. Dinadan. That said, Camelot is not actually that good a musical. It has its moments and when executed well it can be pretty entertaining. But the source material here just isn’t as strong as sophisticated more contemporary offerings like, say, Jesus Christ Superstar.

Debra Hanson’s beautiful and versatile set hosts director Gary Griffin’s simple but effective interpretation of the limited, classical musical. Geraint Wyn Davies is a big surprise in the lead role of King Arthur. Not only does he convincingly play the restless young version of the character but he gracefully grows Arthur up before our eyes. And while his singing voice is merely passable, his well-lauded dramatic skills are a welcome addition to the often acting-light genre. Some of his heftier moments reach far beyond what I considered the script’s limitations, his heartbreaking farewell to Guenevere bringing tears to my eyes.

Kaylee Harwood plays Guenevere with the sort of grounded exuberance the princess demands. She’s sweet and kind but also clever and fierce, playing both the beloved and the capable in equal measure. Her beautiful soprano helps matters greatly as the final necessary piece to creating a character around whom the disastrous love triangle can develop.

Jonathan Winsby is a tad flimsy as the heroic-to-a-fault Lancelot. He brings a beautiful voice to the part, thankfully nailing the piece’s best song by far “If Ever I Would Leave You”, but Lancelot’s complex moral dilemma gets a little lost in Winsby’s foppish interpretation.

Aaron Walpole stands out of the ensemble as Sir Lionel while Lucy Peacock is completely forgettable as a cartoonish Morgan Le Fey. In perhaps the play’s most entertaining role (played brilliantly, when last Camelot invaded Stratford, by Michael Therriault), My Theatre favourite Mike Nadajewski is surprisingly underwhelming. His wonderful voice still masters his (sadly) rare solos but the character doesn’t have the foreboding quality necessary to sell the story. Maybe Nadajewski’s nice guy qualities are just a little too clear because as the amoral, snakish Mordred he just didn’t sell me.

The scene stealers are the live hawk that kicks off the show (really?!) and Brent Carver’s wacky take on King Pellinore. The Canadian legend (a highlight of last year’s excellent As You Like It as the melancholy Jaques) almost never disappoints, but the pure entertainment value of his energetic turn as Pellinore (he also briefly plays Merlin) makes Camelot, bizarrely, one of the best things I’ve ever seen him in.

Camelot is some really rough source material to work with, but the energetic chorus (performing fun choreography from Warren Carlyle), Carver’s comedy and some beautifully poignant moments created by Wyn Davies and Harwood elevate it to something more deserving of the name of the legend it portrays.

Camelot plays at the Festival Theatre in Stratford, ON until October 30th.