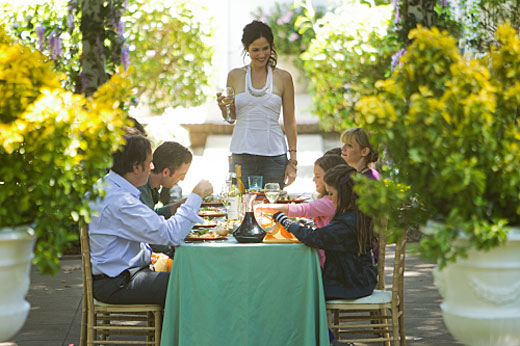 Weeds is a rocky ride of a show. From the superb first 3 seasons to the terrible 4th and 5th to the more-than-redeeming riot that was season 6, being committed to Weeds puts you through turmoil rivaled only by Andy’s misguided loyalty to Nancy (aka the world’s worst person). So, in accordance with its own tradition, season 7 was all sorts of up and down, great and terrible and left on a cliffhanger that will serve as either a dangerous jumping off point for an eigth season or as an excellently ambiguous Sopranos-esque series ending.

One of the great things about this season was that it moved the action to new territory out East as the Copenhagen gang reunited with Nancy at her halfway house in NYC post-jail stint. The city opened up all sorts of fun opportunities like Andy falling in with an inspiringly weird polyamorous avant garde artist couple and Silas exploiting modeling connections to land hot messengers for the business. Also great was Shane’s corrupt approach to college life and his awesome internship at the NYPD. I could take or leave Dawn…er… Georgina… er… Harriet the Spy… er Michelle Trachtenberg and her weed business competition, but I do love when they give Silas a love interest of any kind- that kid’s got chemistry with everyone. I’m not a fan of Jill or the boring custody case or Doug and his shady business dealings or the hot soldier guy, but I do love me some Heylia so was thrilled with her return.

Now, as for that ending. *major spoilers*. I’m not sold on this “compromise” arcadia deal they’ve got going at the family compound but the setups of Shane at the Police Academy and Silas opening a grow house are both very promising should season 8 actually happen. If not, I’m entirely content not to know the identity of that shooter and to assume that Nancy’s finally been taken out (misguided fans of the heroine are also free to believe that the shot missed- go right ahead). I absolutely loved the turnaround on the sniper dot everyone panicked after seeing dancing around Nancy’s forehead but the actual sniper story could prove a little much if this wasn’t the end. But even with the potential melodrama, I’d be more than happy to have another dose of the Weeds next season if Showtime was so inclined.

Finale Grade: B
Season Grade: B+