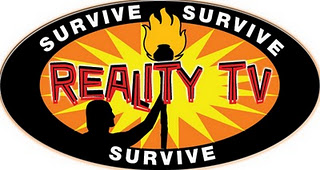 “Reality” on CBS (and some other places)

The summer reality season has been winding down (thanks for an incredibly awkward summer, Bachelor Pad!) and the fall season is starting up (go Chaz Bono, go!), never more interestingly than on the network that undoubtedly rules the reality universe- CBS. We’ve still got a couple days to go before the new Amazing Race (Ethan and Jenna for the win!) but we’ve got more than a few thoughts on the end of Big Brother and the start of Survivor.

Big Brother: Congratulations Rachel!
While I may have been rooting for Daniele or Kalia, when it came down to that final 4 I was in full support of the graceless, indelicate, incredibly annoying, worst social player ever. Girl’s a powerhouse, always has been. Remember when it was a massive deal for a single player to win 2 HOHs in one summer? Rachel won 4! She dragged Jordan (and, frankly, most of her alliance) through the game on her competition-winning coattails and though she’s not the world’s greatest strategist and lord knows her final answers and speeches were all over the place, Rachel managed to never get evicted even though the house had countless chances to take her down (proof that she didn’t just win her way to the end- she had some convincing to do). Love her or hate her (and, as weird as this is, I’m actually in the latter camp), that’s a season well won. Kudos Rachel. Next up? Convince CBS to pay for and air your wedding.

Survivor: Against the Grain
I didn’t watch Tocantins, Cook Islands or Fans vs. Favourites- those all fell into the “Kelly is so over Survivor” period of my life that kicked in shortly after the first All-Stars season. Don’t worry, it passed. I tuned back in amidst the uber hype of Samoa, just in time for one of the best seasons of reality television ever played: Heroes vs. Villains (but ugh, worst winner since Pearl Islands!) So I bring a weird mix of knowledge to the new season: South Pacific (Come on though guys, aren’t they all in the south pacific? Go back to Africa!) Unlike most Survivor fans, I’ve never met Ozzy. I never saw him climb a coconut tree or go home with an immunity idol in his pocket. I also didn’t see Coach’s first reputedly nutso appearance. But I did see his personally redeeming, strategically disastrous one in Heroes vs. Villains (his bad vote was a turning point on Rob’s untimely demise, though the blame does still lie mostly with Tyson). And after an hour and a half with these guys last week I was pretty firm in my opinions. After another hour last night, I’m pretty much locked in. I’m afraid I’ve once again fallen on the wrong side of popular opinion: on team Coach.

I don’t like this Ozzy guy. He seems nice enough and boy that tree tightrope act last night was impressive, but so far he seems like a bit of a dodo (and not in the charming way my beloved Fabio did). Here’s the thing: I really like Coach. Yes he’s wacky but he’s never really rubbed me the wrong way with the wackiness. And his physical abilities and wholly underrated (he might have won that first challenge is his team had been better with the puzzle). Maybe I’m wrong but two episodes in I’m firmly against the tide on this one. Coach has his team under control and if he can get rid of diva #2 (how crazy was the loud defensiveness of Christina and Stacy last night- get a grip, girls!), he might stand a chance this year.

In other player news, Semhar might be the most annoying player since Naonka, Cochran needs to tone it down if he wants to have a shot in hell, I already like Edna and Mikayla, I hate Christine, and Albert is a beast! And this week he also proved to have a cool head and a quick wit- I’m thinking he’s my favourite to win this thing (if he’s not tagged as a threat too early).

Then there’s Little Hantz. Oh boy. Here’s the thing, as much as I love Coach, his idea that Brendon playing the game “honourably” will be redemption for the Hantz family (Survivor really likes it’s theme right now) is backwards. Russell was really good at Survivor. He wasn’t a good returning player because charm was never his strong suit and that’s what you need in order to convince people you’ve changed once they’ve seen you play dirty before. But as a first (and through some timing-based luck, a second) time player, he was exceptional (though I still will defend Natalie’s win in Samoa). He also wasn’t a wholly bad guy. Sure he lied and manipulated but that’s game, that’s not character. He was generally off-putting and made some condescending assumptions about the intellingence of the girls he was playing with (for the record, he did pick them more because he thought they were dumb and knew they could charm when he couldnt, less because he’s a skeezy old man), but as unlikable as he sometimes was, as proud, as icky, as villainous (read: clever, if sometimes extraneously dirty) as he played, I never got the impression that Russell was that bad a guy. Brendon, on the other hand, is so caught up with trying to hold himself to his highest standards of morality to “redeem the Hantz name” (poor Russell, we’re really rewriting history here to give Brendon a better arc- that’s just mean), he’s shown himself already to be not only fairly creepy but fundamentally judgemental and sexist. Mikayla hasn’t done a single thing out of line, not a single thing, and the hate he throws her way is just so damn wrong that no matter how hard this kid tries to sell that he’s a good guy, I will never ever buy it. Say what you will but Russell never attacked someone personally the way Brendon has. He might have been shifty for game reasons and not exactly Redemption Island’s Matt in his personal relationships, but that sort of bare bones misguided hatred was far beyond his brand of villainy.

Top Chef Just Desserts is back with a delicious season of Johnny Iuzzini… I mean, cake and stuff. Most of the desserts are so beautifully presented that they don’t look like they taste very good and there aren’t any standout personalities on par with last season’s fabulous Yigit, diva-monster Zach or brotastic Morgan (though I do like Matt and Chris an awful lot already- and despise Orlando), but the calibre of chef is generally stronger than last season and who doesn’t love anything featuring this much Gail Simmons?!

Lifetime’s Project Runway is also nowhere near as good as last season in terms of general having Mondo on TV-ness, but I am very fond on Anya (my week one pick to win). The challenges have been good (I particularly liked last week’s foray into boyfriend-commisioned women’s wear) but there are more personalities I hate than I even remotely like. Joshua is clearly the devil, or rather a slightly screwed up human being who needs some therapy and lots of hugs. But it’s Olivier who I really can’t stand. His whitewashed clueless routine is getting old really fast, his inability to compromise, to work with a client, to time manage- I can’t stand this guy. When he went on a robotic, disaffected rant last week about how “[he doesn’t] like women to have boobs”, I nearly lost it. You’re a designer of women’s fashion, how can you possibly resent the most defining feature of the female form?! Boobs are important, Heidi tells us that at least once a month. I can put up with the occasional “I don’t like fat people” comment, it happens about once a year because the designers panic about buying enough material to make a plus sized garment, but “I don’t like boobs” was just over the line. Either grow up or get a new job! And in the meantime please get off my TV you lunatic who designs everything in beige! Okay, rant over. Sorry. Yes I’m aware of the irony of that rant post- Brendon Hantz rant. Whatever, I’ll get over it if you can. Anyway, this season belongs to Anya with Viktor and Joshua (a clearly strong designer, no matter his sanity level) as her runnersup.