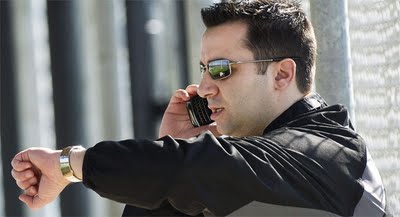 Alex Anthopoulos is one of the best general managers in major league baseball. I’ve often referred to him in previous articles as a “Chess Master”. He is someone who sees the big picture and is always thinking three or four moves ahead. This past week however, Alex has proven himself to be a “Spin Master” as well.

Major League Baseball has its amateur draft every June. This is the primary mechanism for assigning amateur baseball players, from high schools, colleges, and other amateur baseball clubs, to its 30 major league teams. The draft order is determined based on the previous season’s standings, with the team possessing the worst record receiving the first pick. The draft is meant to help smaller market teams, who cannot afford to pay top tier free agents, a chance to build up their rosters with potentially high-quality young players. There is risk involved, however, since most of the players chosen still need 2-4 or more years of skill development in the minor leagues before they are ready to play in the major leagues. Some of the players drafted get hurt and others just never reach what was considered to be their full potential. Teams that are successful in picking, signing and developing the right players can secure their own success in the future.

Since Alex Anthopoulos has become general manager of the Toronto Blue Jays he has emphatically stated that he is committed to restoring the Jays to their glory years, to win a world series and be a perennial contender in the very tough American League East division. He proposes do this by acquiring young, top tier baseball prospects through the draft and trades and, when the time is right, paying top dollar for a free agent or two who will carry the team to championship status.

Over the past year and a half, Anthopoulos has done a very good job acquiring good young “assets”. The Blue Jays minor league system now ranks 4th in all of baseball and the major league team has a ton of high ceiling athletic talent. This past June when the amateur draft was held, it provided Anthopoulos another opportunity to continue his rebuilding process. Last year the Blue Jays were very aggressive in spending money to ensure that they signed the players that they drafted, especially their high draft choices. This year, however, they failed to sign their number one draft choice and, in fact, were the only major league team that failed to do so.

In the days that followed the end of the signing period, Anthopoulos was quoted a number of times saying that this year’s draft was a success despite not signing their number one draft choice. This was the “Spin Master” at his best- putting on a brave face and deflecting criticism of a blown opportunity to improve his ball club. He said that the team did sign every one of their “other” top choices (they had seven of the first 80 picks in the draft). He also said that even though they didn’t sign their first pick, it wasn’t a mistake to draft this particular player (even though it was known before the draft that he would be a difficult player to sign since he had committed himself to play college baseball). Spin, spin, spin.

First of all, it’s a really questionable move to draft a player in the first round unless you’re fully committed to signing that player. In this particular case, everyone knew it would be difficult or expensive to change this young player’s mind about going to play baseball in college, so unless the Jays were willing to pay top dollar for him there was no point. Second, signing your second through seventh picks doesn’t compensate for not signing your first pick. Anthopoulos has shown a tendency to always try to get the best player in a trade, even if that means giving up two or three other, less-skilled players to do so. It’s generally conceded that the team that gets the best-skilled player in the trade usually wins the trade in the long run. The same principal holds true with drafting and signing young ball players. Your first pick is your most important pick. They are the most talented player available or you would not have drafted them. They are potentially your franchise player; the player that you expect will have a major impact at the major league level. They are not your average player; they are potentially your elite player which is why they get drafted in the first round.

Regardless of the type of “spin” Anthopoulos puts out about not signing his first draft pick, it was a major mistake not biting the bullet and signing this player, no matter the cost. You only get a certain number of opportunities to acquire potentially great ball players and not have to give up other quality players to do so. If you are totally committed to building a championship team, and I believe Alex Anthopoulos is, that is the price you have to pay.

I am convinced Anthopoulos hasn’t slept well since he missed the opportunity to sign his first draft choice, and it’s not because he’s trying to think of new ways to spin it. He is trying to think of ways to overcome this blunder so it doesn’t hinder the development and quality of his baseball club years from now.

Anthopoulos has acquired a new skill and title, “Spin Master” but I truly believe he would be very happy to put that title to rest if he had another opportunity at signing his first draft choice. I think he now realizes that it is far easier and more productive for his ball club to spend the extra money and get the ball player you drafted rather than spend the extra time and effort explaining /“spinning” your way around why you didn’t.