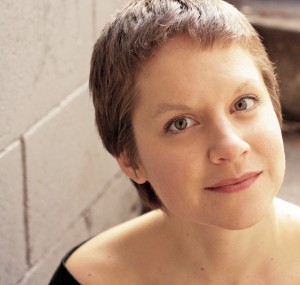 Before we announce the winners of the 2010 My Theatre Awards, we’re proud to present the My Theatre Nominee Interview Series.
.
Trish Lindstrom created a truly memorable Miranda last season at Stratford opposite Christopher Plummer, a role she’s now nominated for as Best Supporting Actress in the My Theatre Awards. The flagship production is also nominated for Best Actor (Plummer) and Best Supporting Actor (Dion Johnstone/ Geraint Wyn Davies) in the national/professional division.
.
Read on for my full conversation with Trish:
.
Can you remember your first experience with theatre?

I went to an arts school as a child. I remember always attending performances at YTT, Young People’s Theatre. That always inspired me. And the ballet inspired me, we would go on class trips to see the National Ballet School. I always wanted to be up there and I did my first professional job when I was 11 at YTT so that was kind of where it all began. I don’t remember not being interested in singing and performing.

You’re also a singer, when did you start training?

I sang in choirs as a kid, that’s what started that whole passion of mine. And my grandmother would sing to me, so from her side of the family I guess I got my musical interests. I grew up playing the piano as a kid and I never wanted to practice, it’s neat seeing when you’re not forced to practice and play that the enjoyment kind of comes back.

I’m inspired by humans that go their own way. Like Einstein, there’s a reason why he became so famous, he actually took risks and risked being called whatever, going outside of the boundaries of what people thought was normal… People carving out their own paths. Kristen Thomson is a friend of mine, her show… just, creators. I’m constantly inspired by creators and new artists around me. I’m currently working with Oliver Dennis, he’s somebody I’ve watched for years. People who are always going for truth and are following their guts.

What would you say are some of the specific challenges and advantages to Shakespearean roles vs. other playwrights?

The thoughts are much longer in Shakespeare. It’s a matter of sustaining a thought while maintaining the integrity of the intention. So, that’s a technical point that makes it challenging. But I also find that it’s much easier to learn, verse is much more like music, there are a lot of beats. It’s just learning how many beats are in a line so when a word is missing you just feel it in your body.

Describe your first day of rehearsal at the Stratford Shakespeare Festival.

I was 19 when I did Miracle Worker there. It was surreal. It’s often an out-of-body experience, it’s like the first day of school. I often feel like that on the first day of rehearsal anywhere. But particularly at Stratford, it was my first time moving away from home, I had my own apartment- so a lot of first times there. It was out of body. I felt unworthy of it, deeply insecure and unworthy of what I was being given. I still feel that now, until I can shake myself out of it and say “no, no, they hired you, just get over yourself and do the job”.

So what about the first day on The Tempest?

We started 4 days before Chris Plummer came in, with table work. I can describe the first day that he came in. Obviously the first day even without him was a great energy, but when he came in, I’d met him a couple years prior to that, he gave me a big hug and that broke the…reminded me that we’re all human. It was electrifying, that first reading of the play- he was off book, and looking into this man’s eyes, it was just, again, an out-of-body yet deeply in-body experience that I’ll never forget.

What has been your favourite role to date?

It’s tricky to choose favourites, but the more time I spend working on something… or the better written it is… I just finished doing Educating Rita, Rita is a pretty special girl. Sally Bowles was also pretty special, Helen Keller… the roles that I’ve done at Stratford felt very embedded in me. I’m doing Titania right now. There’s always a part of me that falls in love with the character. I think it has to be that way, at least for me, otherwise I can’t commit myself to it fully I don’t think. That’s sometimes been the case, where I haven’t felt fully connected, and it just shows.

It was a unique, wonderful, sort of life-changing experience. He’s a man, he’s a fellow actor but also his celebrity and his experience goes beyond anything I can comprehend with my mind. But just to remember that he’s a human being was my best friend all the way through. Just going “no, I love this man because he’s playing my father”. We had a great relationship offstage as well that sort of mirrored what was going on onstage and that really helped. He as extremely generous to me and a wonderful presence in the room. And hilarious, we were laughing most of the time.

I don’t really. I feel like I’ve had the opportunity to play some wonderful roles and I just trust that whatever is coming my way is my dream role. I used to think “well, Juliet would be great” but there’s Juliet in a lot, there’s Juliet in Miranda. So it really comes to me in different shades.

Jeannette Lambermont directed The Miracle Worker and I always thought she was a wizard, a magician, because she could see when I wasn’t actually playing an intention, when I was just faking it… I’ve worked with some incredible people. Mostly they’re those who respect an actor’s process, respect what it means to get up there, and are compassionate. Des [McAnuff], as well, for different reasons. It wasn’t always easy, I have to say, but someone who has that much passion and compassion for the work is great to work with as an actor.

What were some of the challenges that you mention?

It took me a long time to just trust that I was there for a reason. They wanted me, they hired me so they actually wanted me. My insecurities kind of bubbled up and it was easy to take things personally. He likes to see a more finished, polished product sooner than most directors, so I was challenged by that. I just felt that I worked in a different way. But it certainly taught me after that I can afford to do more prep work, that it’s freeing to know the lines better from the start, it can work to one’s advantage. So that was one of the challenges, I always felt behind everyone else and was intimidated by the whole thing, I didn’t really allow myself to open up during the rehearsal process. Certainly during the run, from when we started, when we shot the film, to when we closed was a very different show.

Who are some of your favourite people on the Stratford stage professionally and personally?

I don’t have favourites. I love everybody who’s up there being vulnerable. I have a lot of friends who are there who were there in ’98 so it’s fun to have history with people. Gareth Potter and I, he was a year behind me in theatre school, so it was nice to be sharing a stage with him finally after being together in school. Jimmy Blendick, getting to work with Jimmy, and Bruce Dow is one of my close friends… I’ve got a bunch of chums there. Because you spend so much time, so much of your life there, the better part of the year in a small town, isolated, it’s like travelling with people, all you have is each other and the work. So you develop really deep connections with people.

Do you try and see every play in the season? What were some of your favourites of 2010?

Tell me about Miranda. How did you approach the role? Did you do anything specific to prepare? Are there any key components that a great Miranda should have?

I don’t know. I think the best thing to do is just try to move past all the archetypes and past productions. Dance with the other Mirandas from the past. They cast me, which I feel is atypical of the role, but I was challenged by not creating (I don’t know what this means, but) a typical ingenue. So trying to keep her grounded, Des was a great help with that, keeping her rooted to the ground. Remembering the fact that her father is all she’s had, and Caliban, but she grew up on this island. There’s a different culture that happens on islands that is otherworldly. Too, to use the imagination, that the sky’s the limit, that’s what’s happening with Titania right now at Soulpepper. Both Dream and Tempest function on another plane, with the fairy world, so they both give great licence to the imagination, which is really freeing. So I guess with Miranda my only advice with anything, if I would be so bold to give advice, would just be to come from where you are and not try to be some idea that you think the character is. Any play with text, really, just speak the words and hopefully the rest will take care of itself.

Had you ever done a filmed version of a play before? How was that experience?

When was it filmed?

It was early days July, at the beginning.

You played Sally Bowles at the Festival when they did Cabaret. Have you always loved musical theatre?

Yeah I do love it. I love singing and I love moving. I love the world of a musical. It’s quite like Shakespeare actually, the heightened-ness of a song or a soliloquy- when there’s nothing else to do but sing, I just love that. I grew up singing and it is a passion of mine. I get giddy when I have the opportunity to sing in a show.

Do you have a favourite genre to work in?

I like to have a good balance. Doing too many musicals can be taxing and doing too many of the other, I just have the desire to sing. So I like to balance it out. Singing is a deep passion of mine so I do love the opportunity to do musicals. Often if I’m given the chance to do a really great musical or a mediocre play I would definitely choose the musical.

You were also in Two Gentlemen of Verona last year, what was that like?

It was great to work with those people and to work with Dean. Dean’s a fantastic director, we got to play the whole time. It was a small part, Luchetta, but getting the opportunity to really practice, I didn’t have to carry a show. It was a relief, and I got to listen to that text. Backstage we get to hear the play. Same with Tempest, we get to hear the play every night so that’s a treat as well.

What are you doing now/ what’s next?

We’re doing Midsummer in rep with Our Town and Time of Your Life so I’m doing smaller parts in those, but Titania/Hippolyta will take me to June and then afterwards I have no idea.