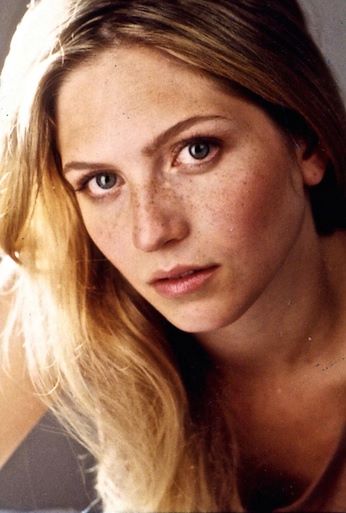 .
Before graduating highschool, Emily Kassie directed one of the most challenging pieces in the modern musical theatre canon- Jason Robert Brown’s The Last Five Years. Her professional-caliber production is nominated for Best Student Production and Best Actress (Kate Ryan). Emily herself is nominated for Best Director.
.
Read on for Emily’s thoughts

From the age of seven I can remember performing in camp plays, school recitals and impromptu performances for family, friends, or anyone I could convince to watch me. However, my first real experience with theatre, the first time I understood the uniqueness and influence that theatre possesses was when I saw Les Miserables for the first time on Broadway. I must have been about six years old, and I cannot remember a more inspiring night in my life. I knew that I had to be a part of it.

How did Vetoed Productions get started?

Vetoed Productions began as a group of five young women at the Bishop Strachan School who were interested in creating theatre, specifically theatre that was often ignored or avoided by young companies.

After ten years of performing experience I finally understood the process and commitment of a director well enough to take on the role. I was ready to mold a production, to watch it grow and change, repeatedly fail and eventually succeed. I believe the most important role in a production is the Director. They are the glue and the vision of the performance, and I had been fortunate enough to have worked with some of the most generous, brilliant and focused directors that inspired me to take on my own project.

Huge influence on my work came under the direction of wonderful artists such as Jeremy Hutton, Neil Silcox, Brendan Allen, Angie Silverstein, Kieren MacMillan, Jamie Mablin and Rob Sharlow. These individuals are all talented directors and musicians and are not only passionate about their craft, but also passionate about working with youth. There is definitely a difference when you work with someone who not only wants to work, but wants to work with you, and help you succeed.

And how is directing musical theatre different from other kinds of theatre?

The main difference in directing Musical Theatre is fairly obvious; the music part. Not only are you presenting a story, you must also find a way to bring honesty and truth to each song. You need actors who are singers and more rehearsal time. Finding a good Musical Director and a strong band is also crucial to the production and adds another layer of challenges and opportunities for disaster. Musical Theatre is also the most exciting type of theatre to direct, especially if you’re working with people who are fervent about the material they are working with and the project.

I try to attend theatre, amateur or professional, whenever I can. It is incredibly important to watch how other directors use their talent to create theatre. It is crucial to understand that there are flaws in every production, and to gain an understanding of what I would do differently, or what I think worked. A great production is one that gels together on every level, from lighting to direction to how strong the curtain call is. Here are some examples of such shows that demonstrate not only quality work, but said something to me in some way:
A Midsummer’s Night Dream, Stagedoor Manor
Wild Party, Jeff Murphy
Into The Woods, Jeremy Hutton

Why The Last Five Years?

To be honest, my selection process began with practicality. I wanted a musical with a small cast, great music and a minimal set. I wanted a show that had heavy content and a small presentational quality. The Last Five Years fit. I didn’t know the show very well besides the music, and had never seen a production of it. I think it was an advantage because I wasn’t tempted to ‘borrow’ from something I had already seen. As I got to know the show, the more I fell in love with it; the music, the complicated timeline, the characters and the concept. It was completely simply yet challenging and complicated. I got lucky.

Is this your first time directing? How did you prepare?

This was not my first time directing, however it was my first time directing a musical and on a much larger scale, which I can now say with confidence, is a lot more work. After getting to know the piece I had to figure out a concept for the set, get a Music Director on board, and find my actors. I was organized and committed, but mostly I just went for it and made mistakes in order to find solutions.

I didn’t instate a casting process. I wanted professional student actors who I already had a relationship with. I needed two people who could play the parts and that I could count on, since they weren’t being paid. I had worked with both Kate and Julien multiple times, and was completely confident in their talent and work ethic. I was incredibly fortunate that they were both willing to commit to the project, and we went from there.

The rehearsal process was enjoyable and exciting, but there was a lot of work to be done. We started rehearsals in November and the show performed in May. I had decided to start rehearsals early as I knew scheduling would be difficult—we didn’t work in December and half of January. I was also designing the show, playing roles from costume designer to stage manager to understudy, so I had to divide the time up accordingly. I was blessed with a fantastic Music Director, Scott Orr, who I collaborated with on the piece. Rehearsals were held in my basement and after the show was off book and blocked, we moved to the theatre at the Bishop Strachan School for the few weeks before the show, where we worked with the set. Most rehearsals consisted of learning music, acting exercises with the two actors, scene work and blocking.

Explain the thought process behind the set.

The set was three circular blocks of wood layered on top of each other with each piece smaller than the one under it—wedding cake style. It was painted as a clock with a white base, black edges and roman numerals. The set was meant to represent the concept of marriage and relationships and how they transform over time. The blocking on the ‘clock’ always had the two actors countering one another and always shifting levels until they met in the same moment—following the concept of time in this show. The actors began the show on top of the wedding cake and only met there again at their wedding and the very end of the show. I was trying to propose cyclical themes that would coincide with the journey of the characters.

Jamie and Cathy are not only based on real people but you were working with students much younger than the characters. How did you get them to relate to their complex characters?

The student actors I was working with were not student actors. They were professional actors, who happened to be students. A large part of my casting decision pertained to both actors’ maturity and grasp on relationships in life. Jamie actually begins the show at around 23, only a few years older than Julien Cyr who played the part. Julien is also an artist living on his own and was able to use his life experiences to relate to Jamie. Kate Ryan, like Cathy, is an aspiring actress and was also able to draw on relationships from her life. Finding connections between the actors and their characters came fairly naturally in this show.

Right now I am studying theatre at Brown University and just finished performing in a production of Pippin. I am hoping to begin my directing career at Brown with a production of Avenue Q, but that will be farther down the road.

If you could pick one definitive moment in theatre up to this point (as an actor or director), what would it be?

The first performance of The Last Five Years, solidified my passion not just for performing, but for theatre in general and my respect for those who are involved in it. I stood there watching as a technician, a designer, a director and mentor and I have never been more proud of my work or the work of my peers than this production. There was so much trust and commitment that went into The Last Five Years, and I am still astounded by what a groups of ‘kids’ is able to accomplish when they focus and persist.