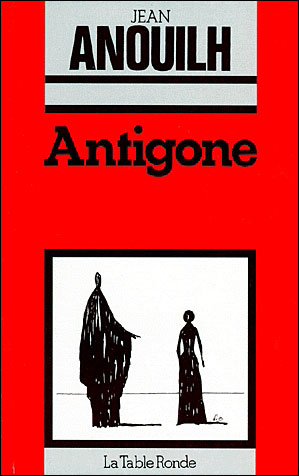 But, for my own part, it was Greek to me

I’m sure that anyone who’s actually been reading my (admittedly few and far between) articles will have seen that I’ve done a lot of Shakespeare pieces. That’s ‘cause I love Shakespeare, and I would have his children if it were (biologically) possible. But, I thought that for this time around, I’d try something a little different, and take a look at one of the OTHER greatest playwrights of all time: Sophocles.
Most of you should know who Sophocles was. He was sort of a big deal. I’m going to have a look at my favorite one of his plays—Antigone, as well as a more modern version (relatively speaking) which was done by Jean Anouilh during the second world war.
We’ll start where things often due, at the beginning. The original Antigone, written by Sophocles way back in the hey day of Athens, was, by and large, one of the greatest tragedies that was ever written. I would summarize the plot for you, but the entire play is available free online here. Go ahead and refresh yourselves. I’ll wait.
…

…right, so now that everyone’s theoretically looked back over the play, you probably realize why I love it so much. It’s a wonderful expression of a very real problem that Sophocles dealt with every day: whether or not the Athenian state was acting in a way that was right, or whether they were just perpetuating their own power (answer: it was the second one).

But here’s the really fun part. As much as I truly love Sophocles’s play, I love Anouilh’s even more. His adaptation had its opening night during the Nazi occupation of France (just so we’re clear, he put it up in a theater in Paris, which is in France).
So, here’s the question—What’s better, the original production portrayed in the way that the original author intended, or the adapted version that was put on to be poignant in a “modern” context?
Yeah, that’s really a question you’ll have to answer for yourselves. I mean, that isn’t to say that there’s actually a right answer. In fact, I’m gonna go ahead and say that there is no right answer. Both plays are beautifully written, and absolutely amazing to read and see performed. In fact, almost all of the classics are like that. You can see a word-perfect production of Hamlet set in the proper time period, and find it to be an amazingly moving play. You can also see an equally moving version of Hamlet set in the 1940s. One of the amazing things about the classic plays is that that they can be reset in different time periods and locations, and they’ll still maintain their majesty.
One of the things that all directors have to deal with when they sit down and figure out their artistic vision (or, as it happens with me, when I wake up in the middle of the night, smacking my forehead and shouting “HOLY HELL! THAT’S BRILLIANT!”) is balancing the history of a play with what meaning they want to show. To say that a play doesn’t have a meaning, or that it’s just a story meant to entertain is like saying that humans don’t breath oxygen. It’s just downright wrong. All stories have some meaning for someone, and what a director has to figure out is whether or not an audience will appreciate what they think the play’s meaning is, because a play can have a great many different meanings to different people. What Anouilh was trying to show by putting on a play about a leader more interested in the word of law than in the reality of good and bad was what the French had become by bowing down before the Nazi menace. Did it work? Most likely. I find it hard to believe that no one understood the point he was trying to convey, although to the best of my knowledge he was never jailed, and that seems like it would have happened if the wrong people figured it out.
Anyway, I guess that what I’m trying to say here is that because the great tragedies (and comedies, and histories, etc.) have so many different things that they can teach us, they will never really die, no matter how old they become. I mean, for god’s sake, Sophocles is generally accepted to have died something to the effect of 2,400 years ago, and his plays are still read by students the world over. Do we know, first hand, what Greek life was like, the way that Sophocles’s original audience would have? Absolutely not. But, we can still take something from his plays, and that’s why people like Jean Anouilh are able to put on new versions, bring a new group of theater goers into the world that Sophocles created, and remind all of us, for a brief time, that there is always something to be learned from theater.
Next time, I’ll have a go at the idea of a story’s moral.  Should be fun.