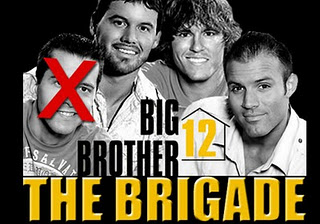 The Amazing Race, So You Think You Can Dance, Survivor, Dancing with the Stars, Top Chef, Project Runway and The Bachelor dominate my TV season by airing at least 2 seasons or versions of themselves a year (Bachelor AND Bachelorette, SYTYCD AND SYTYCDCanada, etc…) But some of the biggest (and the smallest) reality shows of the year make us wait for them, either building anticipation or allowing us to forget they exist. In 2010 those shows had some interesting things going on:

The juggernaut reality show was at its least captivating since the Taylor Hicks season as talented-but-not-exciting front-runner Crystal Bowersox was unexpectedly overtaken by “isn’t he that other guy?” standard soulful-guy-with-a-guitar whose name I can’t remember. Oh Lee, his name was Lee. And he was David Cooke but not as good, Kris Allen but not as charming. There was also something about Kara getting in trouble because she thought one of the contestants was cute and something else with a quickly aggravating trend wherein people sang songs that seemed silly but they did it in a “cool” way. As contestants hid behind their guitars and Ellen Degeneres tried not to show how uncomfortable she was, any cred the show won from 2009’s successful showdown between Allen and actual should-be-superstar Adam Lambert was quickly lost. The show’s in for a serious remodel this year with Simon and Kara gone. Replacing the show’s top talent scout with an aging rock star and the oft-annoying but very knowledgeable songwriter with a singer/actress doesn’t really seem like a fair trade to me.  I predict disaster- the beast will die, and soon.

Unaware that their best seasons have been largely twist-free with the exception of adding the veto (2, 3, 7:All-Stars, 10), the big brothers behind Big Brother decided they needed something brilliant for 2010 (after 2009’s stupid “high school” theme, there was nowhere to go but up). What they came up with wasn’t bad, except that it didn’t really work. The prospect of a saboteur is interesting but it would be better if 1) they weren’t voted out the first week, 2) they actually had to do something and 3) the format supported it better. Wouldn’t it have been cool if, to along with the saboteur season, BB adopted a format reminiscent of The Mole where contestants did competitions to add money to the pot the winner would get and the saboteur worked against them? The saboteur could keep however much they directly kept from the pot- that’s a really good idea, they should totally do that! Anything that adds to the paranoia factor of BB is solid gold. But this saboteur didn’t really do anything other than waste a lot of our time while the contestants talked about the inconsequential saboteur. Apart from a failed twist, the season was a strange ordeal in which 2 morons with excellent educations annoyed the house until everyone turned into super-bitches while an alliance of 3 doofs and a “genius” slid by and became “the most successful alliance in BB history”, which is sad, because they mostly won because everyone else was stupid. I liked Matt, the only smart member of “The Brigade” (okay, Hayden wasn’t dumb, he just didn’t do much), but one major tweak in strategy and he could have won the whole thing, instead he was the only Brigade member dumped early. I actually liked everyone in the Brigade, but only Matt was a good player. Lane was particularly funny, and late in the game I really was rooting for him and the sometimes-bitchy, sometimes-hilarious, oftentimes-both Britney to make it to the end. It was a weird season. My vote for twisted all-star season down the road: the battle of the alliances. Picture it: Chilltown vs. The Brigade vs. The Horsemen vs. The Donatoes vs. The Renegades- it’d be awesome (although some of those guys don’t work if everyone knows about them- okay, it’s a flawed plan, but I just want to see the cocky Brigade handed their asses by Chilltown).

This vile study of the human condition took a leap forward in 2010 when the winner Taylor proved to be beautiful literally on the inside and the outside. Well, at least he was the most genuine of the lot, the most fun and was definitely the most attractive. But it is all relative. Hyper-revealing hidden challenges like “will contestants stoop to pick up the litter that an actor we hired just strategically dropped in front of them?” combined with skill-based tasks like posing nude for a buffet ad to truly test the depth of the contestants’ souls. Psychopath Liz, naked body butterer Craig and crazy vain astrologer David added to the vile fun while sympathetic/insecure Amy was funny but made me kind of sad. Taylor was great though, I actually liked him (in a “not in real life, but maybe if you were on a better reality show you’d still be watchable” way). And runner-up Erika was actually really charming. Overall, season 2 kicked season 1’s ass, if only because there were a couple people who didn’t make me want to throw things.

The untimely death of Greg Giraldo casts a sad shadow over what was otherwise and incredibly fun season of the underrated reality show. Giraldo and fellow judge Natasha Leggero were quick-witted and honest enough to make up for their third wheel Andy Kindler’s strained jokes and host Craig Robinson’s generally crappy hosting abilities. The contestants were also pretty fabulous. One of the few shows where the audition rounds are actually entertaining, this season made some questionable cuts (as always) but ended up with a really great top 10. The only women in the competition, Laurie Kilmartin and Rachel Feinstein left before their time I think, but it was the top 5 that really took the cake. I wasn’t crazy about winner Felipe, but understated nice guy Roy was consistently hilarious, I absolutely loved quirky Myq and tough guy Mike and had a huge summer TV crush on Tommy. My favourite, Tommy was writerly kind of funny but overly confident- in a funny way. He was simply funny. As were all of them. This might just be my new regular summer show.

I remember watching this show way back in the day when it was on The WB. It’s TVLand incarnation is really hokey, often maddening but somehow always fun. This season was centered on the rivalry between 2 cliques: “The Summer Girls” and “The Cheerleaders”. Well, I didn’t really like either, but petty women who can’t get over high school are a pet peeve of mine. Well, that’s not true, I actually ended up liking Lisette quite a bit. The producers, unfortunately, tried really hard to frame the beautiful and poised “Summer Girl” as a snobby villain, but anyone paying attention had to notice there wasn’t actually much evidence of said snobbery. I also liked Tracey okay. Other than one random blowup, she was a solitary low maintenance person at the reunion. I have a real respect for people who find a way to be happy when they’re not at the top of the pyramid, and that’s what Tracey did in high school and at the reunion. Her “prom” date Justin was also an unexpectedly wonderful character, as was his wingman Marcel who was my favourite person in the show. The silly romance story, the “feud”, the annoying racism plotline, none of it was that interesting. But some of the people were pretty cool.

This sounds like SUCH a stupid concept. But I kind of love The Marriage Ref, and not in an ironic “yes I’m watching True Beauty” or guilty pleasure kind of way. Jerry Seinfeld’s baffling concoction is actually a winning formula. A play on society’s obsession with celebrity and with self-help, the show assembles a panel of “expert” celebrities with absolutely no expertise at all and no qualifications to be giving anyone any advice, and presents them with a real life couple and their current marital squabble. The mismashed celebrities who make no sense sitting next to each other, not to mention saving the marriages of everyday Americans, then give their suggestions on who should win the argument: the husband or the wife (or sometimes gay partner #1 or partner #2- it’s all good). Then the ref makes an official call and there are absolutely no consequences for anyone, except that the couple gets to go on a vacation for sharing their problem with the world (and Madonna, or whomever else). The show attracts some really unexpected celebrities and its candid nature makes it, quite simply, a hoot. There are few things as entertaining as watching Kirstie Alley and Sheryl Crow declare a “women’s alliance” against Jimmy Fallon. Standout panels have included the amazingly (and surprisingly) level-headed combination of Sarah Silverman, Martin Short and Matthew Broderick, the comical mishmash of Sheryl Crow, Kirstie Alley and Jimmy Fallon and, the first panel I saw and still my favourite, Ricky Gervais, Larry David and Madonna. In fact, the only things I don’t like about The Marriage Ref are 1) the corny writing: “next we’re gonna amble into the heart of hometown Americana, Washington Township New Jersey, and meet the Hamiltons, where husband Ash is lost in a world of his own”; and 2) the actual marriage ref himself: Tom Papa. He moves too much when he talks, thinks he’s smarter/funnier than he is and often makes “the call” in opposition to the recommendations of most of the panel. But in general, I think The Marriage Ref is hilarious, intentionally but completely without pretension. It’s low-pressure TV without being stupid.