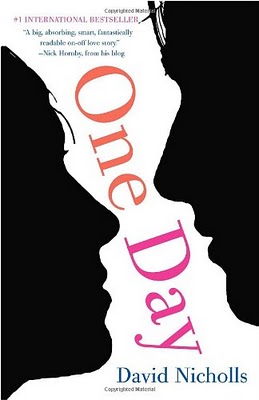 One of the year’s most successful literary offerings, One Day by David Nicholls is so much more than chick lit. The story of Emma and Dexter is hilarious, heartbreaking, poignant and inescapably honest. It also sports a truly excellent structure, dropping in on Em and Dex once a year from 1988 to 2006. The one day structure allows for an interesting ambiguity as we miss many of the big moments in their lives, dropping in, instead on July 15th every year, the anniversary of their meeting. Sometimes that day is an exceptionally important one (a wedding, a vacation, a fight, a death) and sometimes it’s a boring glimpse into lives stuck in depressing limbos (Mexican restaurants, tedious social scenes, dead-end relationships). And oftentimes, it’s those boring moments that tell us the most.

The story of Emma and Dexter is wonderfully complicated, a relationship too complex for easy description. They’re romantic, but not always, in love, in hate, in all sorts of things, but for the most part, they’re best friends. There’s a point near the end of the novel when Emma says that her and Dex “grew up together”, though they met when they were 22. It’s a story about growing up and learning who you are and having someone to lean on.

One Day has romance, comedy, tears, laughter and everything in between but the sum is truly worth more than its parts.