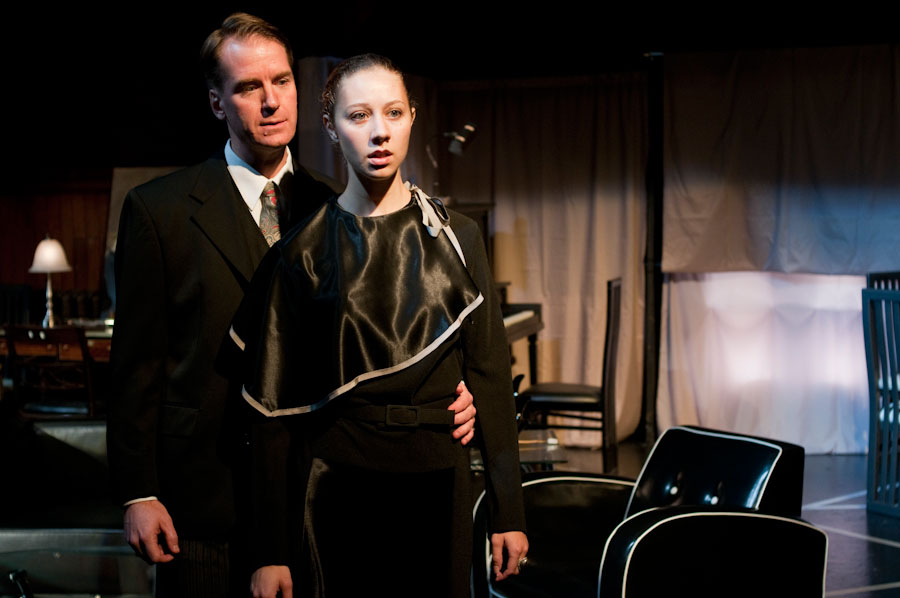 In Jane Carnwath’s production of Hedda Gabler this fall at Alumnae Theatre, Ibsen’s complex play about a caged animal of a woman was done excellent justice. Using Judith Thompson’s clever translation, the company effectively turned the beautifully intimate studio theatre into a claustrophobic den of domesticity in which Sochi Fried’s Hedda spiraled into fascinating madness.

The enthralling piece was anchored impressively by Fried’s cunning performance. From the wild dance prologue straight through to the ending, Fried brought brilliant energy and commitment to the complicated anti-heroine. Her intense professionalism, however, seemed rather out of place among the rest of the cast. Principally, Hedda’s bumbling husband (James Harbeck), and a John Slattery-esque Judge Brack (Andrew Batten) led a supporting cast who seemed keen on just having a ball telling the story.

Alumnae veterans Jane Reynolds and Ilene Cummings were absolutely delightful as Aunt Juliana and Berthe and, with few exceptions, the company gave off a distinct sense of joy at working in the theatre.

The smartly-directed piece made great use of the studio space and the lighting was very inventive, creating windows and a fireplace. The pre-recorded gun shot sound effect was a little lame (a simple 2×4 is simpler and far more convincing) but overall the tech was very effective. Carnwath’s character direction was also sublime and her interpretation of the text very insightful.

Overall, Alumnae Theatre’s Hedda Gabler was a delight to watch and, it was very evident, just as much fun for most of the cast- and isn’t that, after all, much of the point?