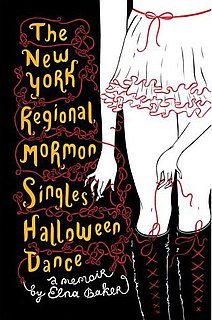 What Happens When You Venture Outside of Young Adult Fiction

One of my favorite past times is the leisurely barnes and nobles stroll. When I was younger, and unaware that true hipsters would scoff at the fact that I prefer the bright lights and corporate opulence of the chain to the dusty, dirty selection available at most independent bookstores, I imagined how deep and thoughtful I must have looked strolling the aisles of the bookstore, carefully choosing the book most likely to bring me to some deeper understanding of humanity. Never mind that I mostly choose my books based on how cool the dragon on the cover looks- I was convinced that the B&N stroll was evidence of just how deeply intellectual and unique I was.

Now, strolling through the aisles of the bookstore equivalent to Walmart is a slightly less epic affair, but it’s none the less one of my favorite activities. The rows upon rows of carefully arranged books still call out to me. And I love those days when I stumble upon something in the middle of my walk that is at once surprising and overwhelming.
So was the case when earlier today I picked up a book titled The New York Regional Mormon Singles Halloween Dance. The book had no dragons on it, nor any hint that there would be vampires in the story, and I couldn’t even decisively say if it would have a headstrong female protagonist, but the book did have one thing that always calls to me: the tale of a religious person dealing with the modern world.
I don’t know why religion facinates me as much as it does. Maybe it’s something freudian, like I never got religion as a kid so now as an adult I crave that sort of stability. Or maybe it’s that after being raised on a steady diet of fantasy novels and Joss Whedon shows, I refuse to believe that there’s nothing more to life than the blood pumping under my skin. Phillip Pullman would be so ashamed.
Whatever the reason, I have an odd fascination with relgious memoirs. And this one was a doozy: singleton Elna Baker finds herself a twenty-something, virgin, 250 lbs Mormon living in the middle of New York, den of sin. Throughout the course of the book she dates an atheist, loses 80 lbs, gets plastic surgery, almost dies, and thinks a lot. But none of that really captures the feeling of reading Baker’s memoir.
The thing is, she’s just such a refreshing voice, straight forward and straight laced, restrained yet honest. She’s a mormon, a faith that most Americans put third in terms of “crazy pants” right behind Scientology and Raptorism*. It’s a religion that definitely gets a bad rap, not least because of the “golden cutlery” and polygamy reputation that the Joseph Smith’s flock just can’t seem to shake. And Elna is very much so a person of our world, someone who’s first college roommate was a lesbian who routinely left out her strap on and who has made out with a 60+ celebrity in a bar. This contrast drives the novel.
The book, and Elna herself, refuses to be pigeon holed. Mormonism is a huge part of Elna’s life, and it has been throughout her life a huge source of strength and goodwill. She describes feeling at peace with God and believing in the sacraments of her faith in a way that will undoubtedly make many people uncomfortable. But the brilliance of the book, and the reason why Baker’s is such a unique voice, is that it makes her uncomfortable too. She refuses to lock her faith in the closet, as it were, but she also can’t stop herself from examining it in the light.
Which is to say nothing of how damn funny the book is, or how endearing Elna was, or how many parts of the story I could relate to, despite not being a young Mormon girl trying to make it in New York City. The quotes on the back of the book make it seem like some publishers wet dream, “CARRIE BRADSHAW MEETS MORMONISM!” but the truth is far less simplistic. The New York Regional Mormon Singles Halloween Dance is more David Sedaris meets Christopher Hitchens meets On The Road meets Eat Pray Love meets St. Augustine’s Confessions.
In other words, the book refuses to pick a path and stay on it, and I wouldn’t have it any other way.
*A religion I just made up that states that we all came from raptors, like the Koopa people in the feature length version of Super Mario Brothers with John Leguizamo and Dennis Hopper.