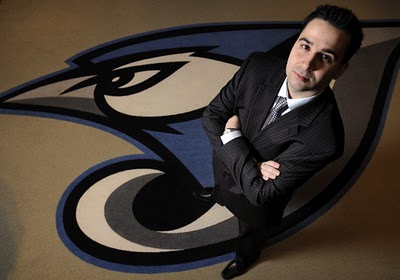 More Questions than Answers for the Toronto Blue Jays

Alex Anthopoulos, has shown a golden touch in his first year as the general manager of the Toronto Blue Jays. The signing of John Buck as primary catcher was an excellent move; securing Alex Gonzales as shortstop and then flipping him over for a young potential-All Star shortstop in Yunel Escobar was another. However, heading into this off-season Anthopoulos faces much bigger challenges, none more pressing than the heightened expectations he’s established for the fans.

As successful as the Blue Jays were in 2010, there are many big questions lingering over the team as they gear up for 2011. Three of the most glaring questions are:

1) Who will play third base? Encarnacion has been released and claimed on waivers by the Oakland A’s, leaving a hole at the hot corner.

2) John Buck has signed as a free agent with the Florida Marlins. Who will take Buck’s place as the everyday catcher?

3) Who will shore up the back of the bullpen with the departure of Greg, Downs and Frasor?

Anthopoulos has addressed the first question with yesterday’s acquisition of Rajai Davis from Oakland. The 30-year-old speedster will bring a decent (if sometimes wild) arm to right field and solid stats to the plate, batting .285 with 50 stolen bases last year in over 150 games. On the surface this addresses two major concerns. First, it adds speed to a batting order dominated by power hitters, always a good thing. Second, it allows Jose Baustista to shift to third base, giving that position a much needed defensive upgrade, an important thing for a team built around solid pitching. The problem with this trade lies in Davis’ sub-average OBP of .330, too low for a leadoff batter. To me, this reads as a stop-gap maneuver, a tie-over until highly touted centre field prospect Anthony Gose is major league ready.

The second question seems like an easy fix. JP Arencibia (the Pacific Coast Player-of-the-Year) could be the man for the job. However, Anthopoulos appears to have some reservations about whether he can handle the young pitching staff the Jays have at the major league level. The starting rotation is the team’s strength, I don’t think Anthopoulos wants to jeopardize their development with an inexperienced catcher. But Arencibia had done all he can at the minor league level; it’s time for him to show what he can do in the majors. The Jays will just have to bite the bullet as he matures into a proven major league catcher.

The third question is going to be more challenging to address. As mentioned, the starting rotation is solid and in my opinion has the potential to be the best in either league (yes, that includes World Series champions San Francisco Giants). Anthopoulos cannot allow a weak back-end bullpen to regularly jeopardize the quality starts that this group will deliver. As it stands right now, Anthopoulos has potentially two in-house pitchers to replace Downs and Frasor: lefty David Purcey, and righty Casey Janssen. Unfortunately, neither has much experience pitching in the 7th and 8th innings, but both showed enough promise in 2010 that they deserve an opportunity to pitch in more meaningful game situations. The real trick will be to find a reliable closer. Kevin Gregg’s lack of consistency isn’t ideal, but the market for premium closers is very thin. Anthopoulos has tried to pry young potential-closers from the Red Sox and Yankees over the last year, but these teams realize the value of having quality pitchers late in the game and were not interested in giving them up. Anthopoulos may be forced to re-sign Gregg for another year if he is unable to spring a trade for a top-end closer. Otherwise, the team will have to start the season with a closer-by-committee scenario, which, over the long haul, usually does not fare too well. The ability to shorten a game to 6 innings with a solid back-end bullpen is invaluable. This was key to the Yankees’ success last year and will be a major hurdle for Anthopoulos to tackle in the off-season.

Alex Anthopoulos and the Jays have three big questions to answer, the hot stove league is just heating up. Stay tuned, everything can change in a moment.