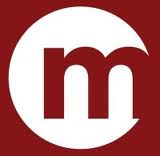 Dancap Productions announced their new season today. Together with Mirvish Productions, they make up most of the mainstream theatre scene in Toronto. Between the 2 companies, 2011 is already shaking up to be an amazing season. Here’s what’s on tap:

Fall 2010, Mirvish:
Rock of Ages (Never seen it, I imagine it’s skippable)
Love, Loss and What I Wore (I hear it’s fun)
Priscilla Queen of the Desert (No idea)
Wicked (My favourite blockbuster musical of the decade, hands down. If you haven’t seen it, GO!!)
The One Man Hit Parade (No idea)

Spring 2011, Mirvish:
A Funny Thing Happened on the Way to the Forum (Stratford’s 09 production, terribly broad)
Wingfield Lost & Found (Wingfield’s funny, a good one man show every time)
Billy Elliot (Cannot wait, it’s supposed to be wonderful)
The Secret Garden (I’ll see this, why not? I like the story)
The Man in Black (Johnny Cash sans Joaquin? Pass)
Calendar Girls (Great movie- great play? who knows)
The Lion King (Excellent theatrical experience. Again, if you haven’t seen this, you need to)
Carrie Fisher Wishful Drinking (I love her so this will be fun!)

2011, Dancap:
South Pacific (Not so crazy about this show but the production’s supposed to have done well)
9 to 5 (Allison Janney was in it on Broadway, that makes me want to see this a lot)
Next to Normal (CANNOT WAIT! The soundtrack is gorgeous and I love small contemporary musicals)
Come Fly Away (The dancing I’ve seen excerpts of is breathtaking)
The Addams Family (I hear it’s actually pretty good. It’ll be broad but might be a lot of fun)
Memphis (This is supposed to be awesome. It won the Best Musical Tony, so I’m excited to see it)