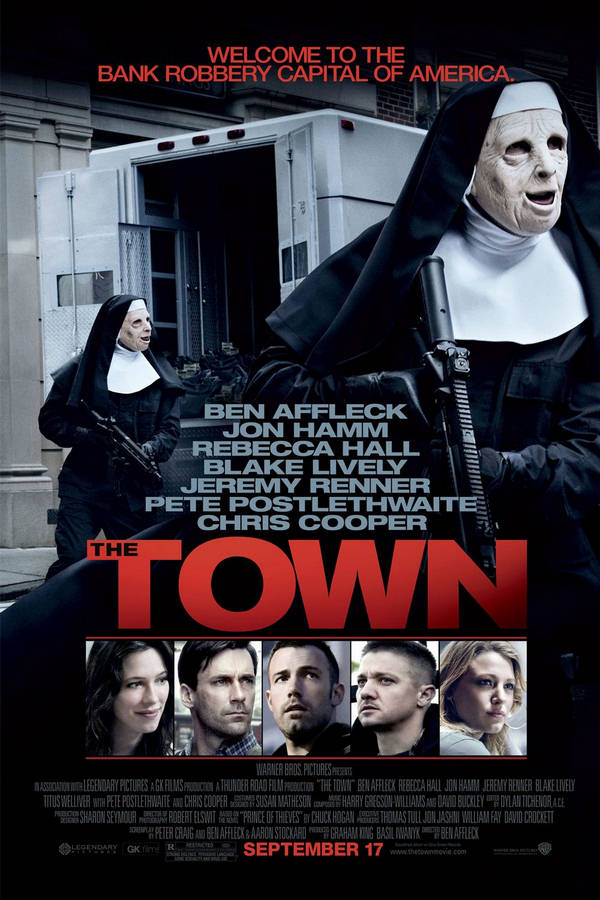 Full disclosure: Although I’ve never joined a fan club, written a celebrity a letter, or started a blog dedicated to my love for a boy band member, Ben Affleck is the closest thing I have to a life-long celebrity obsession. It’s not even a romantic obsession. I don’t doodle his name on my notebooks, and I think his wife is pretty freaking fantastic. But I feel deeply and personally invested in Affleck’s success. Even back in his Bennifer days, when my much cooler cousins and friends would say things like, “Ben Affleck’s only ever been good in one movie- Dazed and Confused because he was playing himself,” I was secretely touting his performances in movies like Changing Lanes and Chasing Amy, and referencing his ease and intelligence on talk shows. When other people saw only a gambling, alcoholic pretty boy with capped teeth and expensive taste in jewelry, I was hooked on Project Greenlight and Dogma. So when 3 years ago Hollywoodland came out, followed closely by Affleck’s fantastic directoral debut Gone Baby Gone, I felt a personal sense of “I Told You So!”

You might say, then, that I was meant to love The Town. On top of the previous Affleck-related prejudice, it was shot in Boston, so all the locales made me literally squirm in my seat with glee and nostalgia. It starred Affleck himself, plus the always delicious John Hamm (aka Don Draper). And it was a moody, occasionally funny thriller about dubious antiheroes. More or less Rachael catnip.

But that also means that I went in with absurdly high expectations. And The Town met every one of them. I was invested in the tale of Charlestowne bank robbers from the first violent seconds through the moody, beautiful finale.

Affleck directs with an ease and grit that one would have thought impossible from a guy whose only ever created two feature-lengthed films. On top of that, he puts in a career best performance as the “one last job” bank robber at the heart of the film.

There’s not much in The Town that, on paper, exceeds the normal trappings of a heist film, but Affleck and his talented crew of actors never make a single second feel obligatory or cliched. There’s a palpable energy and authenticity to the film that makes every second a thrill.