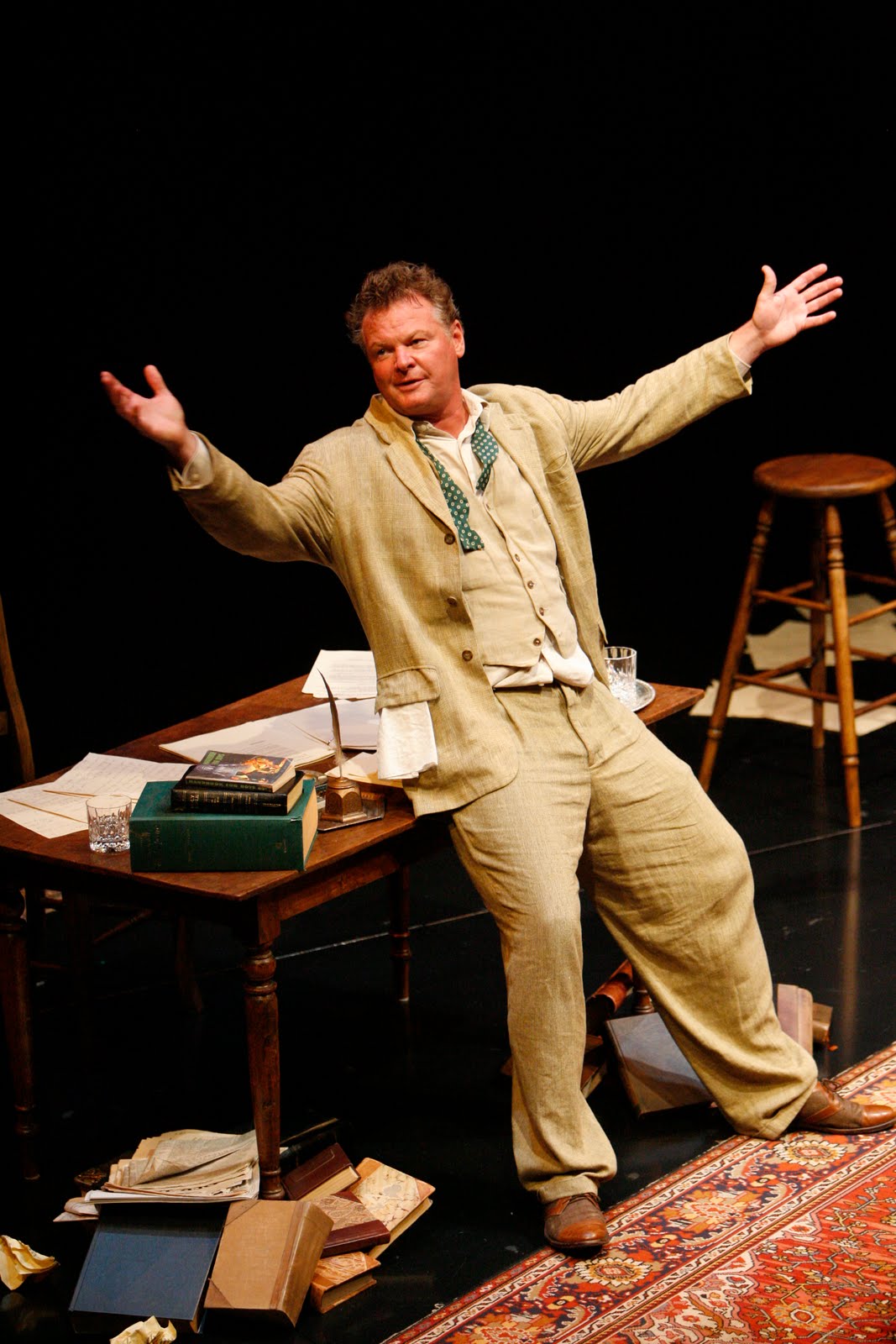 A True One Man Show

Do Not Go Gentle, Geraint Wyn Davies’ one-man show at Stratford, was a strange experience for me. I didn’t care about the life of poet Dylan Thomas going in and I can’t really say the play convinced me I should change my mind. But it didn’t seem to matter if I cared about Thomas, as long as I invested in Wyn Davies.

It has its moments of wonderful writing for sure and Thomas proves an occasionally interesting character. His Shakespeare obsession is both fun and poignant as he ultimately concludes that his “life is a tale told by an idiot, full of sound and fury, signifying nothing”, following that statement with “God, I wish I wrote that”. The man is generally funny in quirk, topic and timing, a highlight being the conclusion of a particularly melodramatic poem recitation with a bright “well, I don’t know about you, but I could use a piss” as he disappears for intermission.

But Thomas proves ultimately inconsequential in this tour de force performance. This is a true one man show if ever there was one. Sure there’s a director, a writer and a production team. Someone designed the simple set and someone else runs the lights. But none of those things have anything to do with what makes Do Not Go Gentle great. Wyn Davies could have been reading the phone book on a bare stage in total darkness and if he’d done it with as much conviction as he brings to the character of Thomas it’d be almost as engrossing. The man is unbelievable.

I’ve seen Wyn Davies on stage 6 times now, not to mention his brilliant turn as narcissistic actor Henry Breedlove in my beloved TV series Slings & Arrows. I’ve never seen him be anything other than extroardinary, but it wasn’t until Do Not Go Gentle that I realized that I might just be in the presence of the greatest actor of his generation. He embodies Thomas like a second skin. The Welsh accent sits on him like a Canadian one and he delves into the complexities of a mixed up mind as if it were effortless. It’s as if you’re watching a person, not a performance. Thomas’ psychosis brings him swiftly from hilarity to tragedy and every crazy human place in between, the links not always evident to the audience, but Wyn Davies makes sense of it all and makes us feel everything alongside the crazy man he embodies. His psychological complexities are so realistically played that the audience, accustomed to linear theatre where one can always see the cause before the effect, was at times left behind his performance. At one point, Wyn Davies breaks from a previously unrelenting slew of hilarity into a thundering of pent-up anger towards society, towards the literary elite, towards the audience, towards himself. The sudden unleashing is so sudden and so genius that some audience members are left tittering, unsure if his emotional outburst is sincere (and therefore terrifying) or more humourous exploit. That kind of uncertainty is unbelievably rare in the theatre but in life it’s more common than anything.

Without Wyn Davies, Do Not Go Gentle would be the decently written story of a man who’s not that interesting. But Wyn Davies in the role is so superb that you can’t help but hang on his every word.