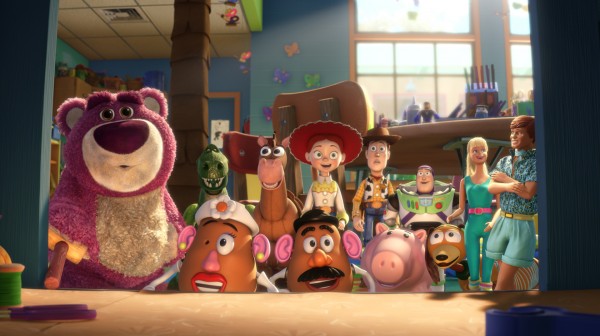 Welcome and What to See

Welcome to My Entertainment World’s newest site: My Cinema. Here we’ll be discussing our thoughts on current and classic cinema, sharing movie news and actor profiles.

To kick off the site, here’s a list of films currently in theatres that are worth the watch, or completely skippable:

Toy Story 3. This touching last installment of the wonderful Pixar trilogy lives up to its predecessors and sometimes even improves upon them. All your favourite characters are back and better than ever with a couple all-new personalities joining them in the toy chest (including a quotable Barbie and Ken pair and a hedgehog thespian that I particularly enjoyed). If the ending doesn’t make you cry then you really need to re-evaluate your emotional response system.  Unlike most kids movies, even the truly great ones, Toy Story 3 never lags and throughout the whole thing it had a theatre full of adults feeling like kids again.

The Trotsky. A Canadian comedy about the reincarnation of a Russion revolutionary, The Trotsky is a lot more fun than it sounds. Perhaps the smartest film I’ve seen in years, it’s the kind of funny that’s sadly rare in this day and age. Starring Jay Baruchel and Canadian stage legends Colm Feore and Domini Blythe alongside a host of phenomenal young stars, The Trotsky is not to be missed.

Babies. It’ll make you desperate to have a baby and dread the day you do. This documentary is almost completely wordless. Set in The USA, Mongolia, Namibia and Japan, Babies needs no translation. It’s captivating to watch how different all of the newborns are and even more remarkable for the fact that they are essentially all the same.


IF YOU HAVE THE TIME AND SOME EXTRA TICKET MONEY, CHECK OUT:

The Karate Kid: Jaden Smith will be a giant movie star in 5 years (maybe less). He’s got the coolest pedigree there is, an easy charm, an insatiable work ethic and some really cool moves. Take him, a fun script and Jackie Chan’s best performance in years and you’ve got yourself a film that’s not legendary by any mean but is an incredibly enjoyable couple of hours at the theatre.

Letters To Juliet: It’s kinda cute. Incredibly predictable and super cheesy, Letters to Juliet is one of those movies that if you’re in the right mood can be really exactly what you need. It’s sweet, stars talented people, is set in Italy, has a Taylor Swift-y soundtrack and is generally very, very pretty.

Prince of Persia. The always lovable Jake Gyllenhaal got a little lost beneath the formulaic dialogue and gross muscle mass of this epic Disney production. It was a little dumb, a lot predictable and way longer than it should have been, but Prince of Persia is not an altogether unenjoyable movie. In fact, it’s kind of fun in a stupid summer movie kinda way.

AVOID AT ALL COSTS:

Sex and the City 2. WAY too long, mildly offensive at times and chock a block full of that infuriating nitwit Carrie Bradshaw, Sex and the City 2 is sort of saved by a couple of things. First there’s Miranda, the most mature woman by a long shot, who keeps the others at least mildly grounded, brings out the film’s best scene with Charlotte and tries to maintain at least a grain of respect for the culture they are vacationing in. Second is Charlotte. for 3/4 of the film it seems as though her story is about as inspired as, well, Carrie’s. She flits about Abu Dhabi worried about her cell phone reception. It isn’t until that climatic and charming scene with Miranda that we realize that she actually had some very human motivation all along. John Corbett, usually a welcome figure on screen, was a disappointment as the film entirely undermined the character of Aidan. Husbands (and one ex) Steve, Harry, John and Smith were all suitably charming, once again proving that the men are better than the women in this obnoxiously man-hating world. John (aka Mr. Big) had a lovely story that proved once again that Carrie’s an undeserving moron. But if you can sit back and ignore the obscene clothing choices, the culturally offensive behaviour and the sheer idiocy of the lead, Sex and the City 2 is kinda fun I guess. But really, it’s stupid, don’t go.

Robin Hood. I haven’t been so bored since Flags of our Fathers. Robin Hood is way too long, incredibly muddled and stars people who are much too old for their parts (especially considering it’s supposed to be an origin story). Robin’s merry men were far from merry, there was very little stealing form the rich and giving to the poor and the whole thing just made me sad remembering how good Gladiator was (the last time star Crowe and director Scott teamed up for a similar historical epic). Oscar Isaac’s Prince John was kind of engaging and the casting of Lost‘s evil Keamy (Kevin Durand) as Little John was amusing but  overall Robin Hood is the most skippable film I’ve seen in quite some time.