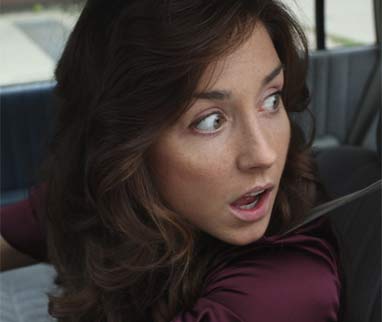 Oh Canada!… that’s what she said?

How I Met Your Mother may have taken me and my American counterparts to a fictionalized accent-filled Toronto last week but it wasn’t until I watched the latest from CBC’s Being Erica in contrast that I realized what it really is that sets Canadian TV apart from its powerful southern neighbour’s weekly offerings.

Even the most scandalous of primetime American broadcast shows are heavily regulated by the FCC. The Gossip Girl kids are just misbehaving teens really, the prostitute on Melrose Place is never seen doing much more than leaving a room and the Oceanic 815 castaways generally haven’t taken the “lost on a desert island” thing to the dirty conclusions one might expect. Cable’s the place to find the shows that make me blush; I don’t think I’ll ever recover from that shot of inside the airport janitor’s closet in the Six Feet Under pilot. But generally, on broadcast, they keep the nitty gritty off the screen and leave us viewers with the suggestion of what happened between edits.

And then there’s Being Erica, a mainstream, primetime, network broadcast dramedy that set much of its most recent episode in a sex club. And the gratuitous shots that called to mind the reason that I gave up on The Tudors after only an episode and a half because I was simply embarrassed, made me realize something: this particularly fancy free episode wasn’t a rarity, it was a norm on Canadian TV.

Whether it’s a jazz number that makes even hard-nosed American hip hop choreographer Dan Karaty blush on So You Think You Can Dance Canada, the unintentional brushing hands of strict Muslims Rayyan and Amar on Little Mosque or the fact that Erica’s job this season is to edit a sex book, Canadian TV always seems to be pushing the boundaries of modesty, wherever those boundaries might be.

So then, my question to Barney Stinson would be this:
1) Do you want to be Canadian?
2) No more questions. I thought so.