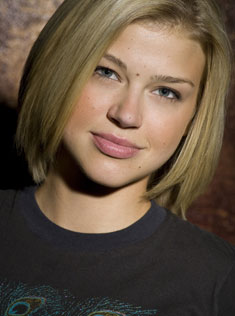 One of the greatest things about Friday Night Lights is its ability to evolve with its characters instead of artificially holding on to them. Last season saw the departures of Jason Street (Scott Porter) and Smash Williams (Gaius Charles) from the town of Dillon. Both boys had graduated highschool and were ready to leave their small town behind. Unafraid of losing popular central characters, the folks at Friday Night Lights wrote beautiful farewell arcs for both men then calmly bid adieu.
This season will see recent graduates Tyra Collette (Adrianne Palicki), Lyla Garrity (Minka Kelly) and Matt Saracen (Zach Gilford) leave Dillon behind as well. All three actors will be returning for multi-episode arcs that close out their stories before their characters move on.

Will the show be the same without the characters we’ve grown to love? No, but that’s sort of the point. Producers are counting on the anchoring power of stars Kyle Chandler and Connie Britton to bring viewers back and engage them in the stories of new students. And for the immovable fan who longs for season 1 nostalgia, Taylor Kitsch’s Tim Riggins will still be hanging around causing trouble and looking pretty.