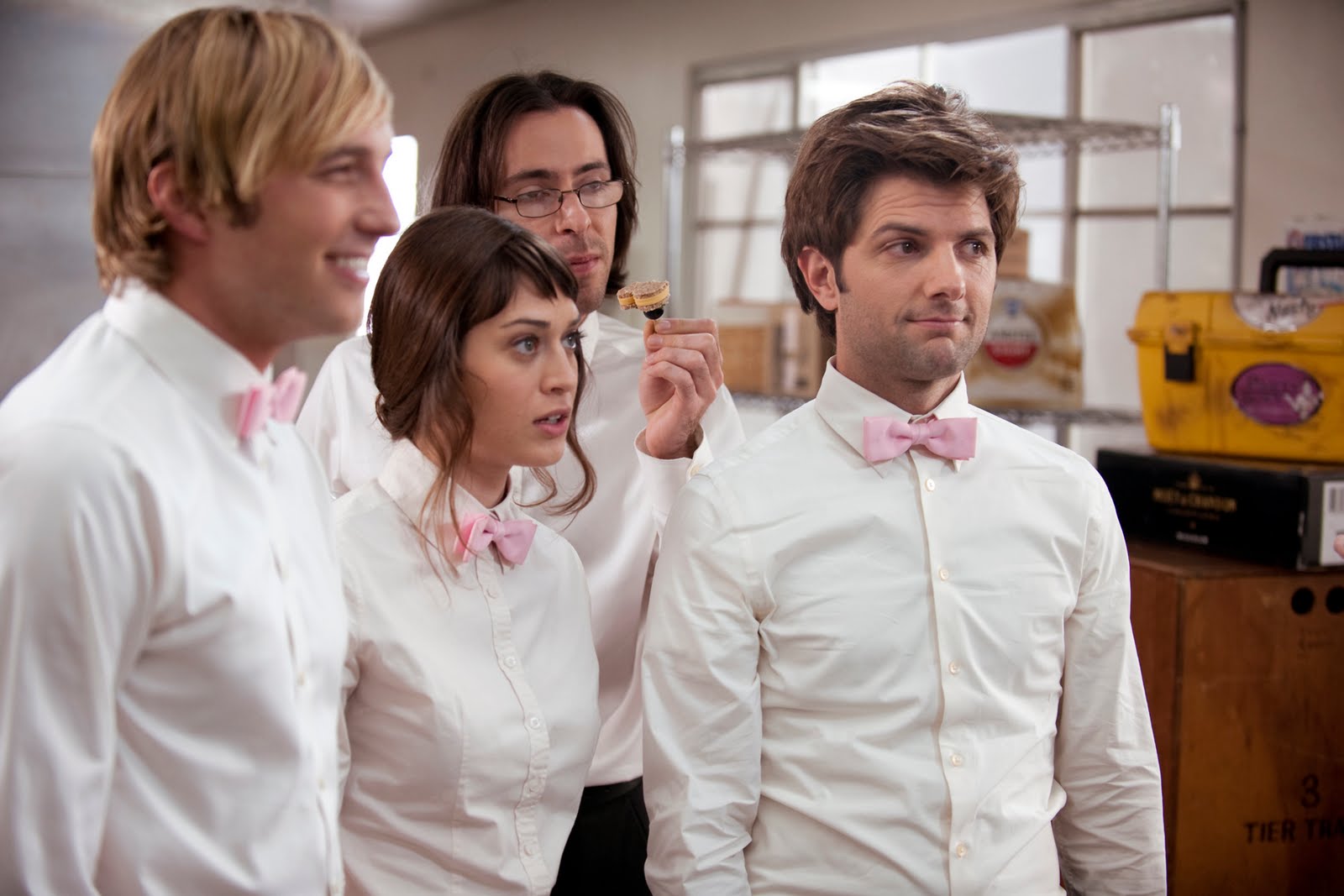 Season Wrap Up: Party Down

I watched the first episode of Party Down in an almost perfunctory manner. I mean, come on, it was by the guy who made Veronica Mars, and had promised guest stars that ranged from George Takeii to Rick Fox to Kristen Bell. And I really enjoyed that first episode, but I’m an inherently lazy creature and if something can’t be TIVO’d more often than not I forgot about it.

Thank G-d for the summer TV hiatus. Because, as it turns out, that first episode just held the seedlings of the show to come.

Over its first ten episodes, Party Down deepened its characters and upped the hilarity factor incrementally. Although I’m still not entirely sold on the boss character Ron (he more often than not feels like an even sadder Michael Scott rip off), nearly every other main character has come into their own.

Especially Kyle, played by Ryan Hansen or as I like to call him Dick Casablancas, a character that had the unlikely effect of causing me to rethink my entire position on Dick Casablancas. Hansen imbues Kyle with so much dim-witted good natured boyishness it’s hard not to like him.

Party Down walks a difficult line between slapstick ridiculousness (the penultimate episode takes place at a “Happy Acquittal” party for a mobster) and a sincerity that is almost shocking. The final episode, set at a gay wedding, is all about not giving up on your dreams. It could easily be a cloying message, but the episode is also about mushrooms, giving sexual favors to advance your career, and causing Sulu to go into anaphylactic shock.

There are still things to work on. In particular, Martin Starr’s character, Roman, too often feels like just the butt of the jokes. I’d like to see Ron given more depth too, although with the finale they sort of started to show some growth on the whole “dark side of Michael Scott” thing.

Adam Scott, as Henry, the washed up actor turned caterer, grounds the show, and his relationship with Casey (Lizzy Caplan) works surprisingly well. I thought for sure that we were in for a slow, Jim-and-Pam-esque burn on this, but the couple gets together within the first five episodes; and their chemistry should be a lesson to all TV writers looking to hook up their main will-they-or-wont-they duo. They’re cute and witty without ever seeming forced or cloying. It’s a love story told on the brink of the void of depression and it works really, really well to offset the ridiculousness of bratty sixteen year olds, high school reunions, and possible hotel sex with Rick Foxx.

The season finale was a big game changer for the show. Casey’s off to a cruise ship to pursue stand up comedy. Kyle’s just been cast in a movie. Ron, it seems, will finally get his Super Crackers franchise. Constance is off with her Belarusian mobster. And Henry, despite his best efforts, may now be the new boss. While I’m all for character development, I’ve loved this season far too much to hope that any of these changes last. For one thing, I’ll be super sad if Casey’s actually gone (Casey was so cool I ALMOST forgot all about Caplan’s recent turn on True Blood… almost.), unless of course that means that Henry will start up a relationship with recent guest star Kristen Bell. I didn’t know it was possible for me to love Bell any more, but hearing her bark out orders like “you will be present at the fireworks, but you will not look up.” and then proposition Henry was probably one of the funniest things I’ve ever seen.

FINALE GRADE: A+ (any episode with this much VMars gets the +)
SEASON GRADE: A-