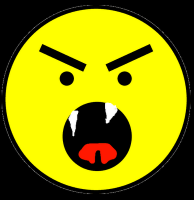 There are few things I hold sacred in this world. I pretty much take most things lightly. But Buffy the Vampire Slayer might be the closest thing I have to a religion. Think about it. You’ve got it all. Moral Code? Check. Heroes? Check. A strong respect for life and souls? Check. Witty puns? Double check.

So not to fan the internet flame of outrage, but the news that Hollywood wants to remake Buffy the Vampire Slayer (a show that ended a mere six years ago) sans the original cast and, most importantly, sans JOSS THE MAN WHEDON makes my blood boil. It’s not just stupid, it’s sacrilegious. Why do we need a remake of Buffy so soon after the series ended, and while the comic books are still going strong? And more importantly, why would I want something so brilliantly handled and explored by a talented, inventive man to be remade by the same person who helped to butcher the original cinematic venture?!

I hope this is one of those stupid rumors that never comes to anything but is always flirted with, because let me just go on record: A BTVS movie without Joss Whedon is one I WILL NOT SEE.