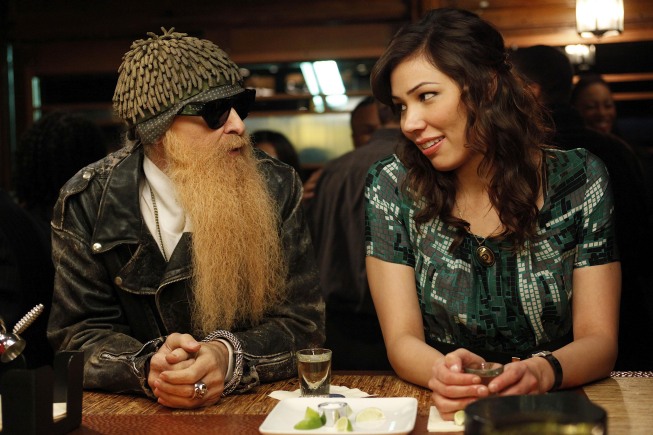 And Then There’s Another Quality…

Bones this week could be the best of the season. It hit all the right notes, from Brennan’s episode ending explanation of why it doesn’t matter that Booth is stupid to the somewhat goofy subplot with Angela’s Dad torturing Hodgins for their break up. I didn’t do my proper note taking, in depth reporting, but suffice it to say, I’m more excited for the Booth/Brennan-ness to come (they had some of their season best chemistry notes, such as him “saving” her during the cannon explosion and the two of them screeching while locked inside the particle vibrator). And I think Mr. Nigel Murray could be my favorite of the interns of the week. Plus, and call me a fool, but I go all googly when they get Booth waxing rhapsodic about sex in contrast to Brennan’s cold rationalism.

This was an episode that truly understood the heart of its characters (even the tiny ones- in her tiny scenes, Cam was all sorts of awesome, trying to offset the zaniness of Nigel Murray and Hodgins shooting cannons).