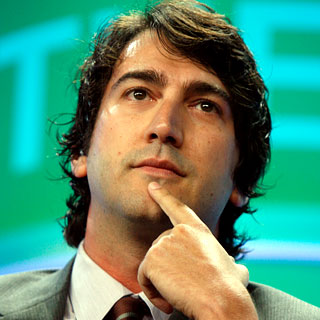 The Coolest Dude in Hollywood

One of my closest friends always tells me that the thing he loves most about me is that I define “cool” in the complete opposite way from most people. The generally accepted truth is that “cool” means something or someone popular, aloof and a leader of the crowd; “Cool” is the ability to remain calm at all times, influence the opinions of others with barely any effort and overall not be too fussed about anything. But I see it differently. I think the real cool kids are the AV club and the archery team. I think that caring a lot about something that’s interesting and different is cool. I think the cutting edge is cool and nerdiness is cool and getting caught up and frazzled because something is exciting is cool.
There are lots of people in Hollywood who manage to be both these things. Johnny Depp, for instance, is both kinds of cool, so is Jon Stewart, in a completely different way.

But there is one man who is the coolest dude in the world right now. He’s the mastermind behind 2 of the most pop-culture influencing shows of the past decade as well as the brain behind a nerdy cult show. He sold his first screenplay while still a junior in college and holds the record as the youngest creator/showrunner in television history. He tells the mainstream what to love, holds down about 8 jobs at a time, stays ahead of the curve, makes time for geeky passion projects and is only 32 years old.
That man is Josh Schwartz, creator of hit watercooler shows The OC and Gossip Girl as well as the culty espionage dramedy Chuck. With his new web series, Rockville, CA, about the indie music scene, Schwartz is once again redefining “cool” with his unique blend of nerdy zeal, trend spotting and mass relatability.