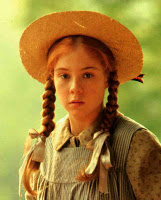 Little Anne is All Grown Up

And while we’re on the subject of Canada and its contributions to the world of entertainment, imagine my delight when this week’s Brothers & Sisters contained a guest spot from a Canadian icon of sorts- Megan Follows, who played Anne of Green Gablesin the beloved film adaptation, was introduced this week as the new director of Nora Walker’s center for families of cancer patients.
The episode was also the first of a multi-episode arc for Matt Letscher, one of my favourite TV actors, (Eli Stone, The New Adventures of Old Christine, Joey, Good Morning Miami). Since he’s American he’s not actually relevant to this post but he’s always worth a mention in my opinion.