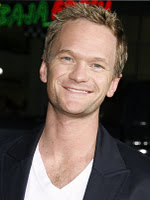 Blondes have a lot of Saturday Night Fun

Tonight was Saturday Night Live’s first episode of 2009, as well as their first episode since the departure of Amy Poehler. And they coped remarkably well, at least in my biased opinion.

The very fact that Neil Patrick Harris was the host made me like the show. It could have been the worst episode in history and I wouldn’t have minded because it’s an hour and a half more of NPH than I would otherwise have had.

The sketches were a mixed bag. Obviously, Penelope’s always a big hit and the cameo by Liza Minelli was a treat. The Broadway sketch, of course, made me giddy. I found the Whopper Virgins sketch borderline offensive (mostly because it wasn’t funny) but very much enjoyed the Two First Name Talk Show and the Frost/Nixon parody (Darrell Hammond’s impressions really are remarkable). The cold open and monologue were both decent but the digital short went straight over my head.

Seth Meyers handled “Weekend Update” with his usual ease, though it makes me sad to see him all alone. I hope they name Amy’s replacement soon so Seth has someone to play off of. It was a Kenan-heavy episode so I could have done without the Charles Barkley impression but I enjoyed Will Forte’s song (which is saying something, because I usually don’t like him much at all).

Taylor Swift was the musical guest. Now, for some unknown reason, I am on a bit of a Taylor Swift kick lately and I genuinely like the girl (from what I know of her). So though she performed pretty terribly on tonight’s show (OK, make that REALLY terribly), she looked like she was having the time of her life, so I’m OK with it. She has catchy songs and is absolutely adorable (she played Annie in the Broadway sketch, jumped up and down after her first song, and did you see her hug Neil at the end?) I don’t need flawless vocals.

All in all, a good start to the year.