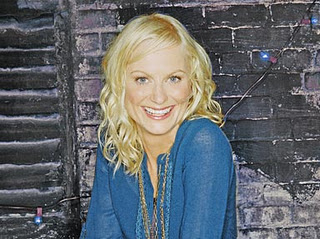 Through 7.5 Saturday Night Live’s brightest stars, and also the first in history to be nominated for an Emmy for best supporting actor.

From her dead-on impressions of Dakota Fanning, Sharon Osbourne and Christian Siriano, to her always funny talk shows “Bronx Beat” and “The Cougar Den”, to her fantastically pathetic self-portrayal as a Bon Jovi-obsessed teenager, to her key role in this year’s historic election both as  SNL’s Hilary Clinton and as a “Weekend Update” co-anchor, Amy never failed to make us laugh.

This weekend Maya Rudolph came back to co-host “Bronx Beat” (a favourite of mine) one last time before Amy left.

And with the hilarious Hugh Laurie as host, it was a great episode to go out on.

Amy said her final farewell at the end of “Weekend Update”, saying how grateful she was to be there and how much she would miss everyone. Her speech was annoyingly undercut by Fred Armisen as the blind governor of New York wandering in front of the camera like McCain at the debate, but her sentiment was felt anyway. You could really see how much the cast respects Amy Poehler in the way Seth Meyers hugged her at the end of their last “Weekend Update” together and the way they all said their goodbyes at the end of the show.

So where does Amy Poehler go from here? Well, there’s that baby that was just born, he’ll keep her and her husband Will Arnett busy for awhile. And then there’s that movie career that’s been steadily growing from supporting roles in films like Mean Girls and Blades of Glory to a starring role in  Baby Mama. And what ever happened to that TV show that she was slated to star in in coming months?

Either way, with talent like hers I’m sure the world is far from seeing the last of Amy Poehler.

Click Here for the clip of her “Weekend Update” goodbye