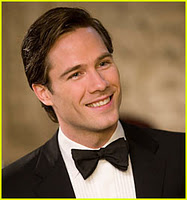 This week I decided to give The Amazing Race another try. I’ll write a full review in a minute but for now I just had to add my favourite team to my obsessions list. The dynamic brother/sister team was my absolute favourite within the first episode. I think they have the perfect relationship to win; siblings push and support each other in just the right way. And then they started to win. They run the race better than anyone else while also finding the perfect balance of innocent sabotage and cooperation with the other teams, resulting in them winning almost every leg so far. So, after 8 episodes the level headed, conniving and supportive brother and his spitfire sister who didn’t even flinch when faced with wolfing down a plate of sheep’s butt, made my obsessions list. Then (yes it gets better), I looked them up, to find a little backstory for this post and found out that Nick is officially my favourite person ever! He’s a musical theatre performer, fresh off the leading role in The Fantastiks off-Broadway, with a tenor/baritone range, a degree from Tisch and credits that include Jamie in The Last Five Years (my favourite role ever written). I am officially obsessed.

I never thought I could love McLovin but I love McLovin since he traded in his fake ID for a super cool cape and a sword made of coloured foam. As role play enthusiaste Augie Farks in Role Models, Mintz-Plasse isn’t all about touching boobies anymore, he’s about melting hearts. And yes I know I’m cheesy, deal with it. Paul Rudd is equally lovable as a sardonic downer who lacks direction until he’s hit with court ordered mentoring duties. Rudd’s pitch perfect performance as Danny Donahue was the heart of the movie. A movie I loved by the way, in case you couldn’t tell.

I resisted as long as I could but eventually I had to give in to the critical obsession of the year- Mad Men. It’s slow at first and takes itself painfully seriously, but ultimately Mad Men was engaging enough to change my mind about it. After watching just the first season my current views are that I love all things Don Draper (scandalous personal affairs included), despise Pete (obviously), think that Betty is a lunatic and that Peggy is a moron with hypocritical tendencies. Joan and Rachel seem to be the only women with their heads on straight, but that doesn’t actually bother me much because I tend to prefer male characters anyway and Don alone is enough to sway me towards the show. Still, a woman I can relate to would be a nice addition to the show.

My friend Lauren and I watched in the other day and I was reminded why it’s one of my all-time favourites. Everyone who compared Made of Honor to it last year could not have been more off-base. In Made of Honor the male lead falls for his best friend when she goes away for a long time. He tries to break up the wedding so that he can marry her instead, having seen her in that way for the first time. That’s not at all what My Best Friend’s Wedding is about. Julianne could not love Michael more, but she’s never in love with him. She chases him because the idea of him marrying some girl she doesnt know scares her, she’s afraid of losing him. That’s why the ending is what it is. Julianne doesnt lose Michael by letting him go to marry Kimmy, he comes back (in my favourite moment of the movie) to say goodbye to her, leaving her to dance with George knowing that even if his soul mate is someone else, she’ll never lose Michael’s love.

This adorable Canadian actor stole my heart a couple years ago when he first appeared as a love interest for Kevin on Brothers & Sisters. Now that the two characters are married, we get to see lots more of Scotty and Luke continues to melt my heart with every smile. This week he shone extra brightly as he showed Scotty’s strength and ambitions while maintaining his caring and understanding nature while forgiving Kevin for being a moron.