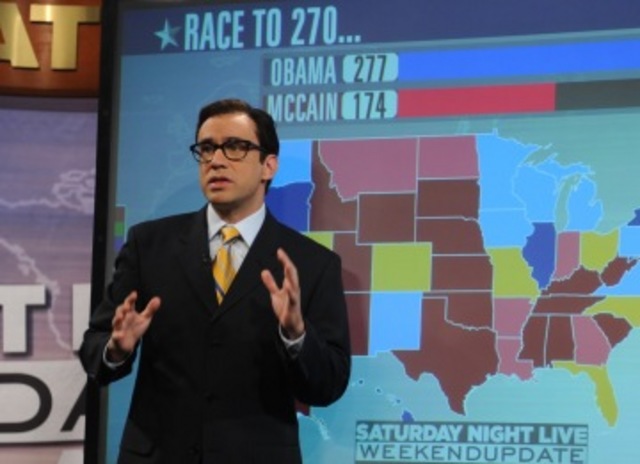 A Note about SNL Thursdays

Though I’m very excited to get 30 Rock back, I’ll be sad to see SNL Weekend Update Thursdays go. I don’t have time to watch the full show every week so having 22 minutes of just the political stuff was really great. Politics has always been a Saturday Night Liveforte and Seth Meyers and Amy Poehler are great Weekend Update hosts.

This week, though, viewers were forced to sit through an Andy Samberg segment in which he “interviewed unregistered voters” but actually just spent the entire time vomiting on unfortunate SNL cast members. From what I’ve seen, Andy Samberg doesn’t do much other than vomit on people. Hasn’t anyone ever told him that vomit isn’t funny?