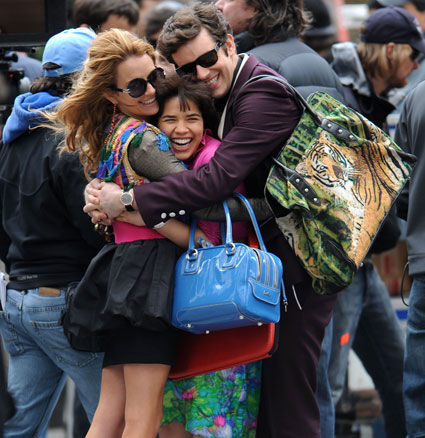 There were 3 major season premieres last night of shows that I love.

Ugly Betty moved to Manhattan in more ways than one and moved on from Mode as well as from the men of her past. Hilda dated a married man. Ignacio got a job working for Lindsay Lohan and Daniel tried to make the best of his new job and family.

Grey’s Anatomy was home to lots of trauma- both personal and medical in their 5th season premiere. Christina both got hurt and got it on with a hot new doctor while Meredith whined a lot, Rose decided to move on, the Chief grew some serious backbone, Alex hid behind his tough exterior and Hahn searched for guidance.

The winner of best season premiere for Thursday, Sept 25 is…THE OFFICE for giving us all what we’ve been waiting for for 5 years- Jim’s ring on Pam’s finger and an extended episode that didn’t have me checking my watch.