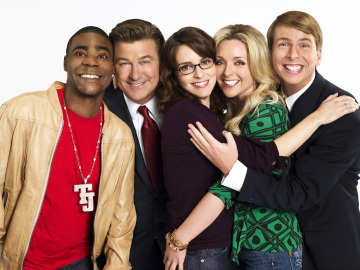 MIRACULOUS SECOND SEASONS- its not too late

I have a thing where I can’t jump into a show if I haven’t seen the beginning. I couldn’t return to Lost after I skipped the end of season 1, I couldn’t watch Grey’s because I hadn’t been a fan for the first 2 seasons and finally I couldn’t lend my valuable viewership to critically acclaimed shows such as Arrested Development and Sports Night because I hadn’t always been watching. As a result of behaviour like mine both of these shows were cancelled after only a few (3 and 2 respectively) seasons. Since, I’ve watched both series in their entirety on DVD and love both shows. I wish they had had the viewership to continue. (same with my beloved Veronica who I’m glad I was able to support during her third and final season because I caught up with DVD in time).

Ive spent my summer catching up on shows I didn’t use to watch and am now going to dive into. I’m returning to Lost, Ive discovered Grey’s (full entry to come later on my thoughts on the most popular series around) and I even intend to watch season 1 of Heroes so I can tune in when it premiers and see what all the fuss is about. (I gave it a shot last fall, grew quickly tired and turned it off but the loyalty of its fans suggests that it deserves another chance). While these shows don’t need any help getting another season (in fact Lost is already signed long term), they’re important to my repertoire.

There are, however, shows that need the viewership that are really worth saving.

1) 30 Rock. This Emmy winner for best comedy is truly hilarious and really charming. Tina Fey is brilliantly relatable and Alec Baldwin is priceless. This show’s completely unexpected second season pick-up was a miracle and to keep it from going the way of Arrested Development it needs people to tune in and see how great it really is (one episode will have you hooked).
CATCH UP WITH SEASON 1 on www.nbc.com

2) Friday Night Lights. Every blogger, critic and podcaster out there has been screaming for a year that everyone needs to be watching FNL. Its gritty and real and dramatic and engaging and FUNNY- who knew the words gritty and funny could apply to the same thing. The characters are some of the most developed Ive seen on TV in years. Kyle Chandler and Connie Britton are spectacular and beautifully recognizable as a wonderful couple as they lead a group of young actors who will knock your socks off from Matt’s desperate optimism to Tyra’s unexpected strength to Tim’s hidden vulnerability and compassion. Give it a couple episodes to grow on you but I guarantee its worth every second of your time.
CATCH UP WITH SEASON 1 on www.nbc.com

3) Jericho. This is the only show I’m promoting that Ive yet to watch. I have every intension of watching all of season 1 and tuning in to season 2 though because this show is the root of the most inspirational story Ive heard in television in years. Upon hearing that Jericho wouldn’t be returning for a sophomore season, its dedicated fans sent nuts to CBS in protest. This isn’t unheard of: Everwood fans put a Ferris Wheel outside corporate offices and Veronica Mars fans sent Mars bars across the country. It is, however, unheard of that the network listened: that’s exactly what CBS did. The most watched yet least talked about network which serves founder Sumner Redstone’s mantra of “content is king” decided to listen to their audience. They agreed to a second season of Jericho on a trial basis, if the viewership doesn’t go up they’ll kill it again- more than fair. In fact, this brilliant move by CBS gained the network serious points in my book. It shows they were listening, they care and if Jericho doesn’t make it there’s no way anyone can blame the network- people have got to watch. So, in the name of democracy and in the name of CBS and in the name of the dedicated fans who made their voices heard for the first time in network television history- WATCH JERICHO.
SEASON 1 IS AVAILABLE ON www.cbs.com

4) How I Met Your Mother. The best sitcom in years (perhaps ever) is hailed as the “perfect” sitcom as it combines elements of all the best sitcoms. Entertainment weekly said it takes the hip twenty-somethings of FRIENDS and puts them in the bar from Cheers with the comedic and revealing narrative and in-jokes from Arrested Development, the unconventional format of The Office with the comfort of a laugh track, the comedy-romance of Mad About You, big name guest stars like will & grace, the nostalgia of The Wonder Years and the catch phrases and supporting star like the Fonz from Happy Days. How could anything be better? Its one of my top 3 shows of all time and though perhaps not in as much immediate danger of cancellation as the above 3 it really needs to be on the air for a long time to come. So please, I entreat thee, WATCH.
This is also on CBS so, WOOT!
SEASON 1 NOW AVAILABLE ON DVD, SEASON 2 AVAILABLE ON DVD ON OCT 2, 2007.